Welcome to your home for all things Erie Otters during the team’s 27th Annual Priority Selection Draft!

Follow the Otters on Twitter at @ErieOtters and use the hashtag #WelcometoErie to join in on the conversation. Follow the OHL for league wide draft information with the hashtag #OHLDraft

Be sure to visit the OHL prospective player page here, for all the Ontario Hockey League offers to its welcomed players. 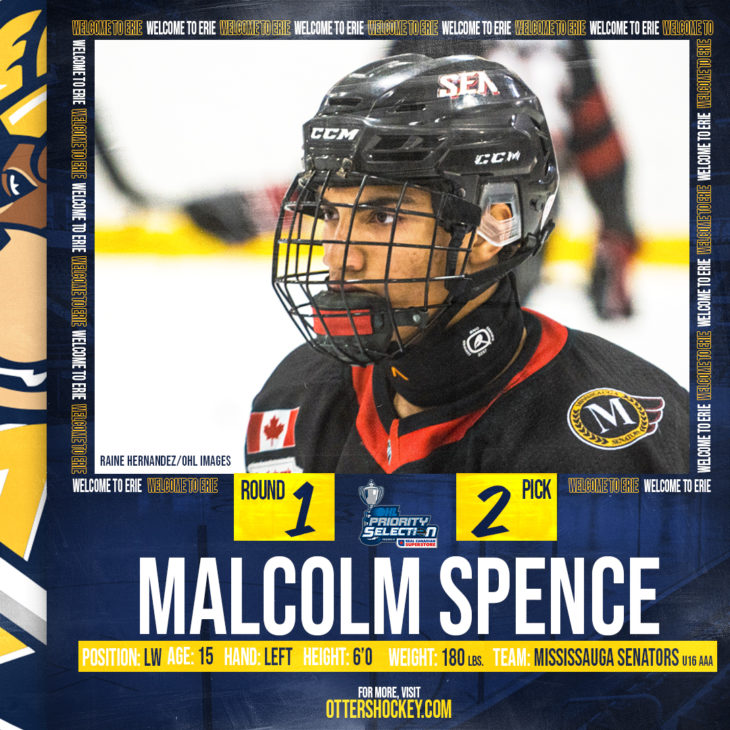 Malcolm Spence is one of the most dangerous players in this age group.  He possesses a great combination of speed, skill, size, and hockey sense.  He is the leading offensive force on a loaded team, standing out as a guy that is almost impossible to contain at this level due to top-end speed with the puck.  He isn’t just one dimensional either as he has great vision and playmaking abilities to go along with his 1-on-1 skills that are hard to compete with. Malcolm’s feet are always moving, he battles and competes hard unlike most skilled players.  He isn’t afraid to drive the net with the puck either and will take contact to make plays in all three zones.  Malcolm is one of the top players in this age group and will be fun to watch moving forward. Welcome to Erie, Malcolm! 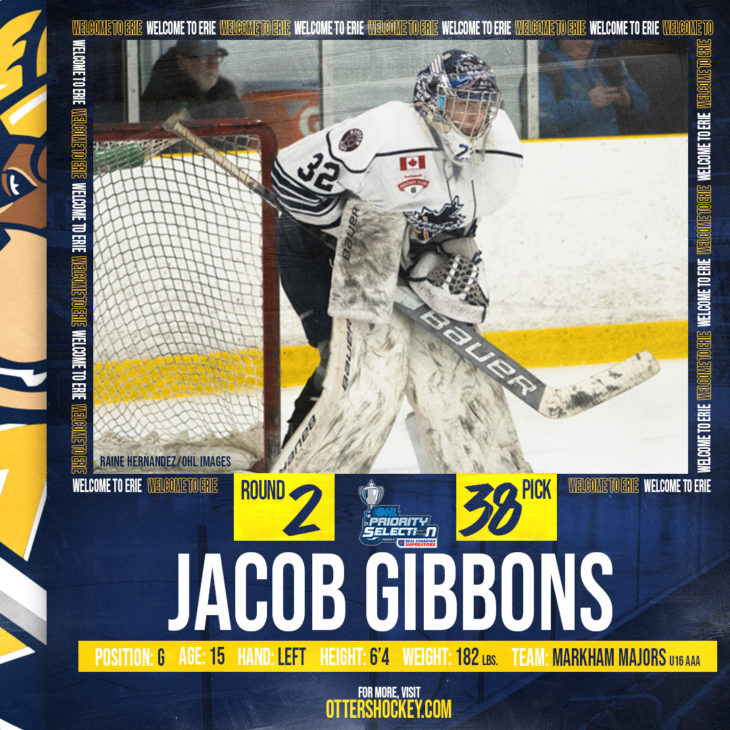 Jacob is a tall, athletic goaltender that reads plays well. He has a high compete level with a ton of upside. His athleticism for his size is rare. The way he can get post-to-post, mobility, his urgency, and structurally he’s pretty sound. Welcome to Erie, Jacob!

Logan is a good player for the Vaughan Kings. He played some center and wing at the tournament. Logan in my opinion has very good feet and explosiveness. He garners so much speed coming up the ice. He always attacks the middle of the ice and cuts across defenders faces. 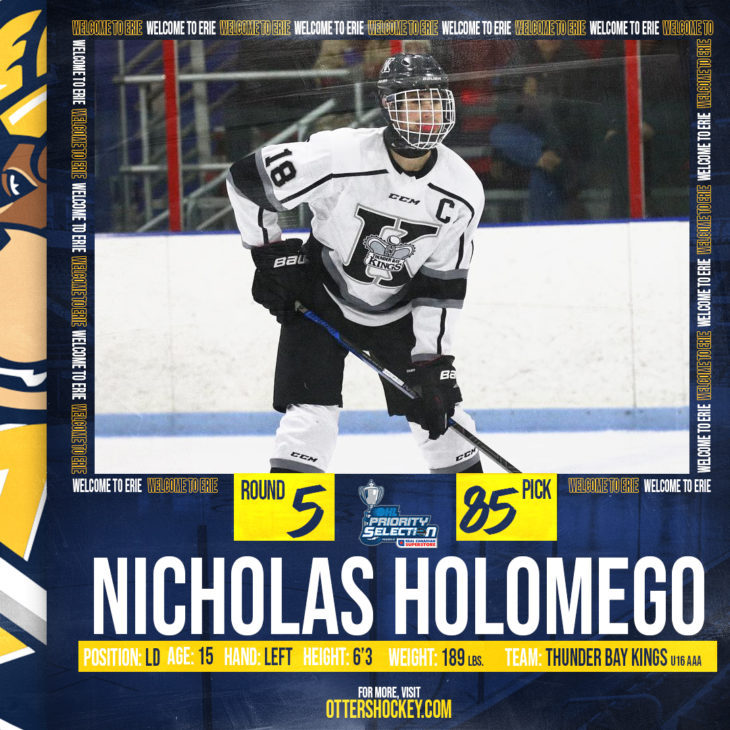 Nicholas has great attributes such as his size and reach. He sees the ice well, makes nice outlet passes, is an integral part of his team, and very frustrating player for opponents to play against. 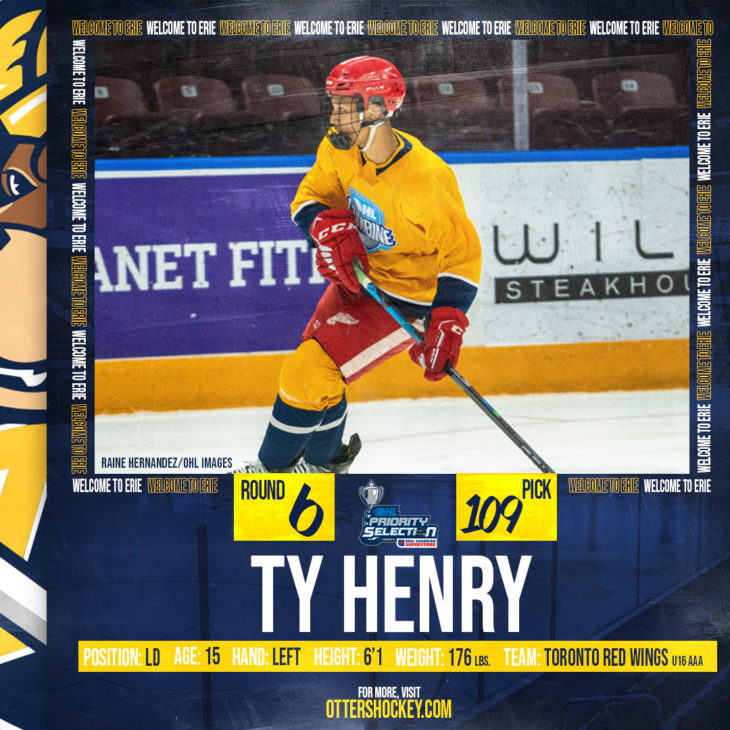 Ty is a defender with great tools. He has good size, a high IQ, quick feet, and an ability to generate offense. Ty plays hard in all situations of the game. 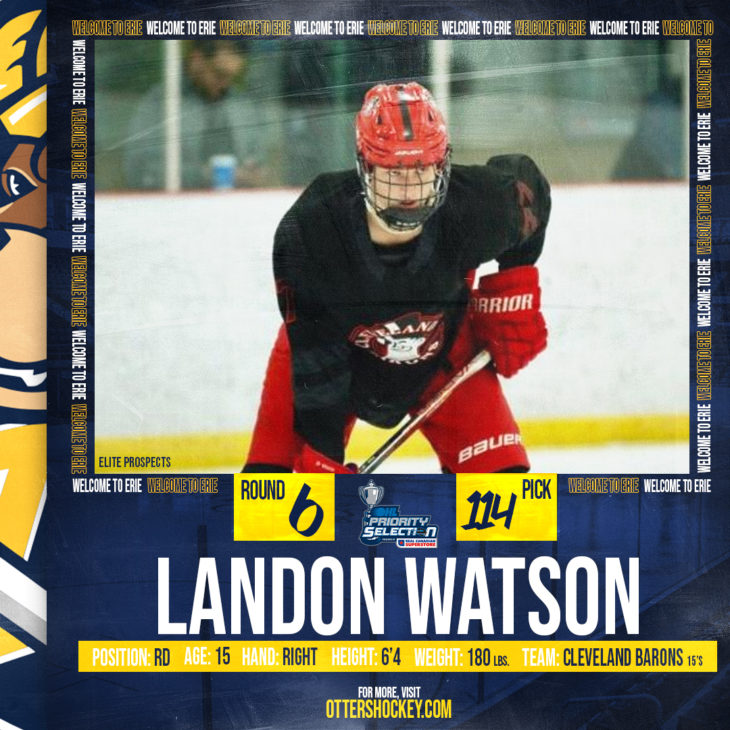 Landon is a big rangy defenseman who is responsible in the defensive zone. He makes a good first pass and has strong acumen to compliment his play on the offensive blueline. 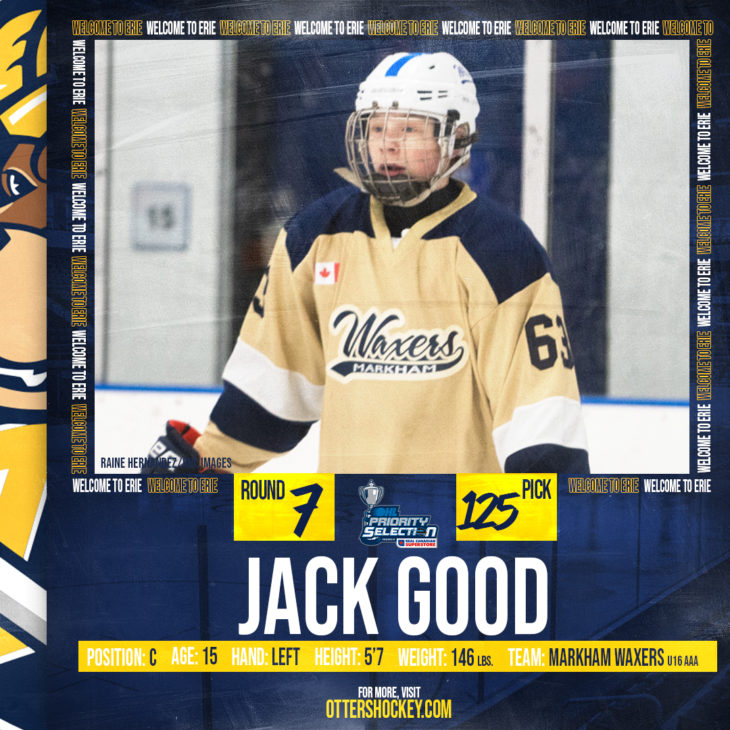 Jack is a skilled forward who led the ETA in scoring averaging nearly two points a game. He plays a tenacious brand of hockey, complimented by a high IQ for the game. 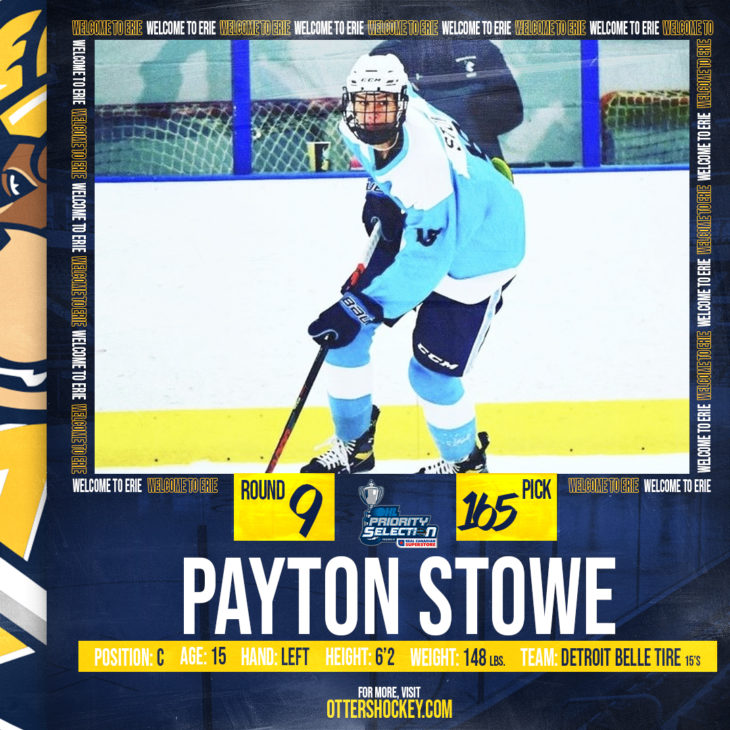 Payton see’s the ice incredibly well, goes to the right areas, and has a good motor. He distributes the puck well, utilizes his size to protect it, and is hard to knock off the puck when in possession of it. 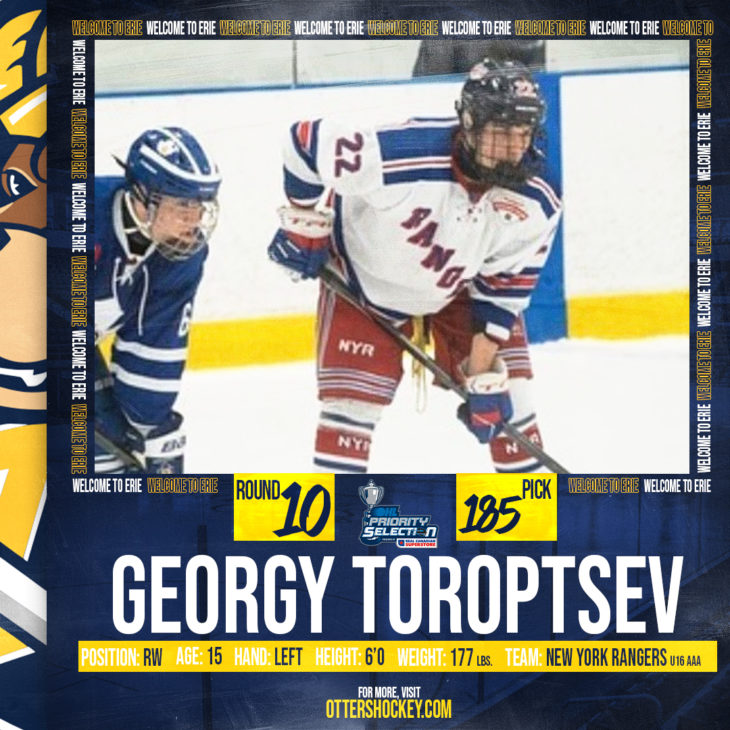 Georgy demonstrates a strong work ethic, thinks the game on another level, and makes opponents pay around the net. He’s slick yet driven and is smart in his approach. Georgy’s skill, IQ, and compete make him a dangerous player for opponents to play against. 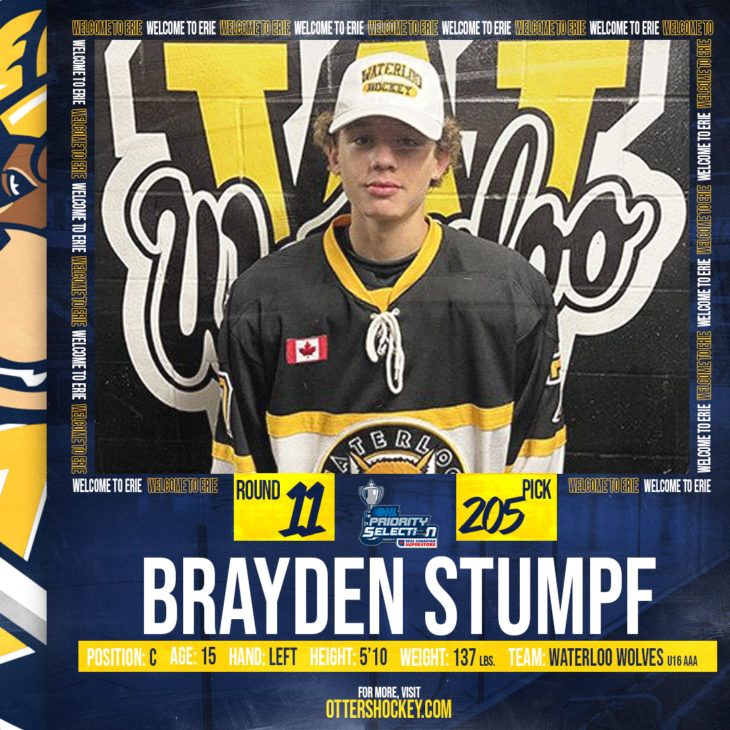 Braydon is a skilled, shifty player that is creative and smart with the puck. He is heavily involved in every aspect of the game, uses his edges and quick stops to gain time and space when in possession of the puck. Braydon was a leader on his team. 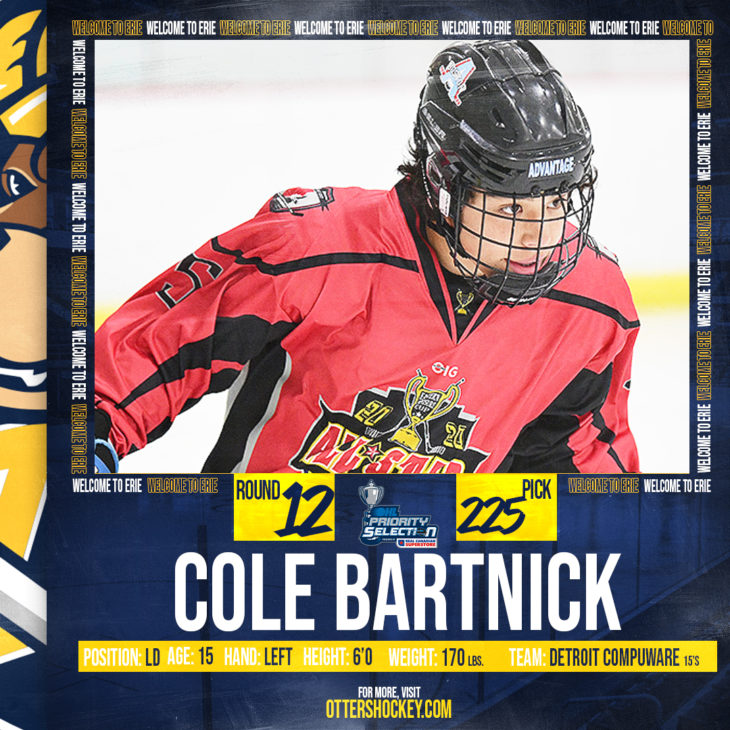 Known as a player who has a fantastic natural ability. Along with this, Bartnick is known for having a good shot. Bartnick is at his best when he is making a simple play, whether it’s moving the puck, joining the play, or anything in between. 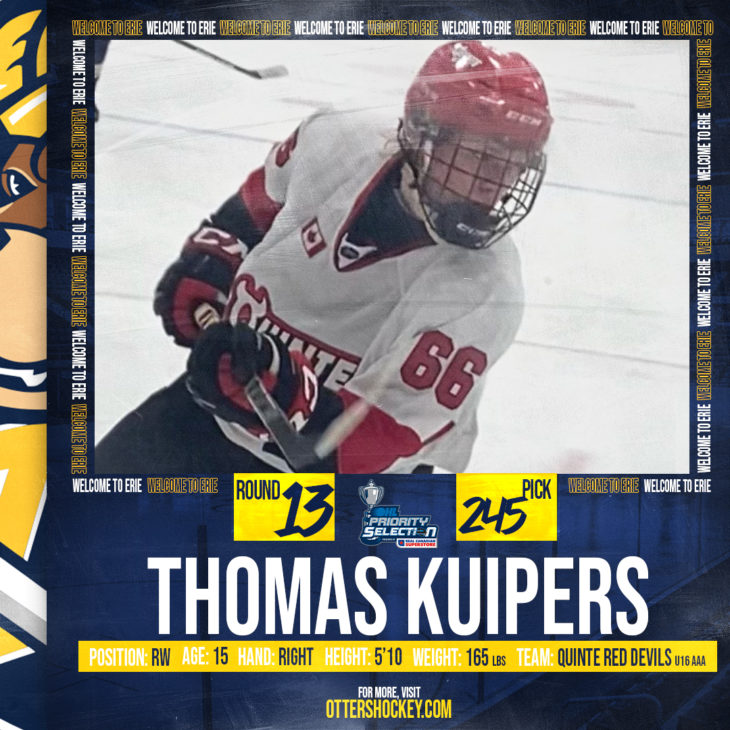 Thomas is a smart, two-way player that demonstrates an ability to make plays. He was a significant contributor for his team, averaging over a point and a half per game during the regular season and playoffs. 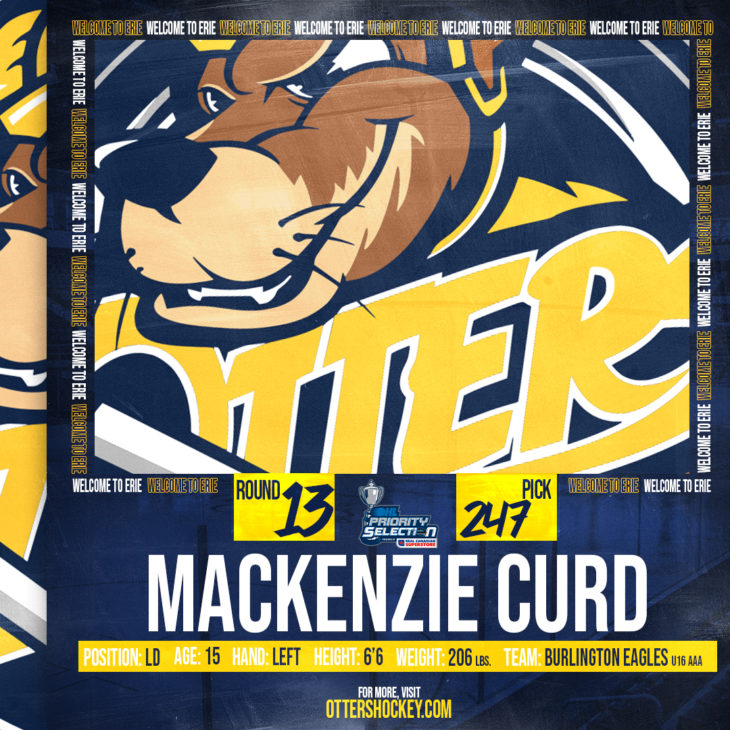 SCOUTING NOTES:
Mackenzie is an intimidating presence on the backend. His size, reach, and willingness to finish his checks make him a difficult player to play against. 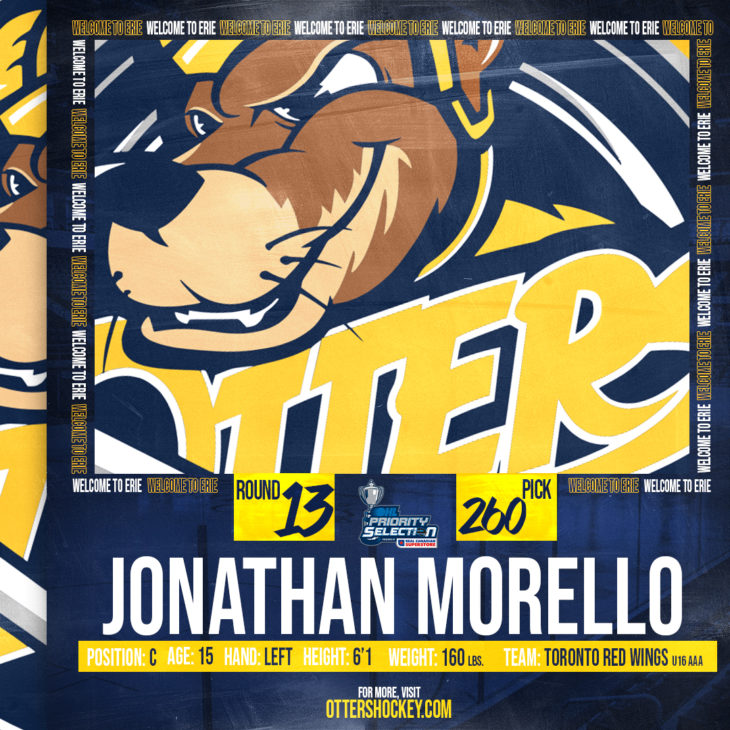 Jonathan is a skilled player, with good IQ and vision. He demonstrates an ability to play in all three zones and averaged a point per game over the course of the year. 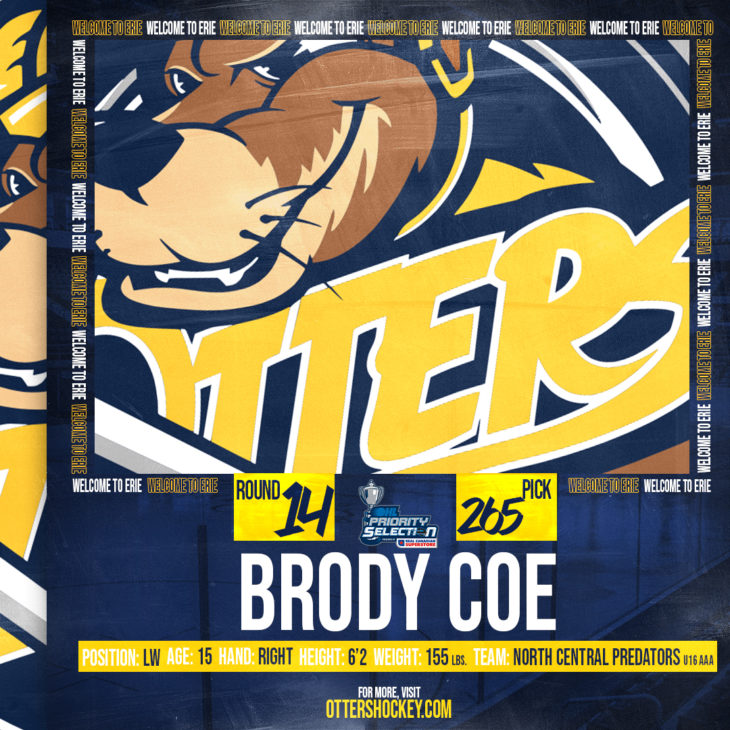 Brody is a 200ft player that skates well, takes pucks to the net and handles in tight areas. He competes on both sides of the puck, forcing turnovers and contributing to all aspects of the game. 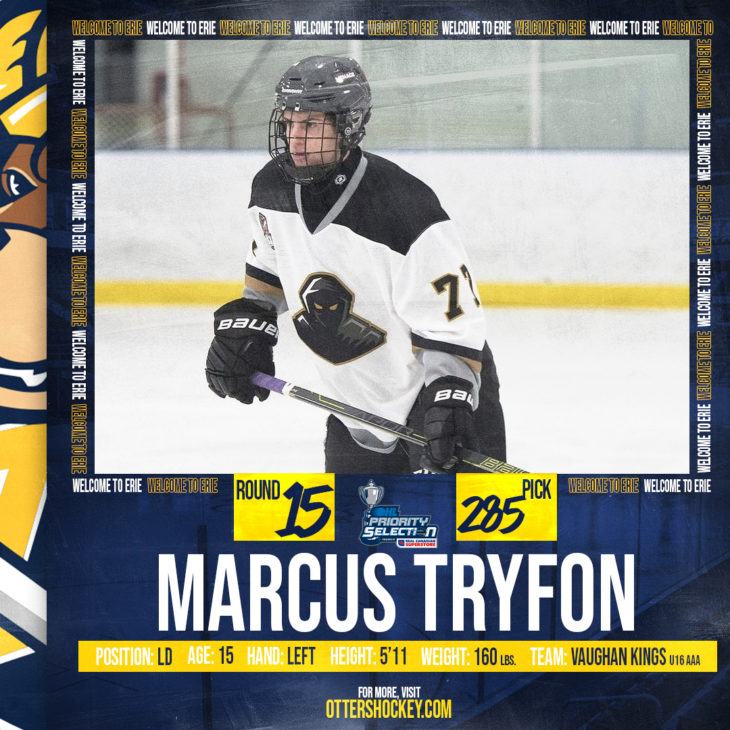 Marcus is a reliable defender with a good IQ. He demonstrates a strong work ethic and desire to play the game.