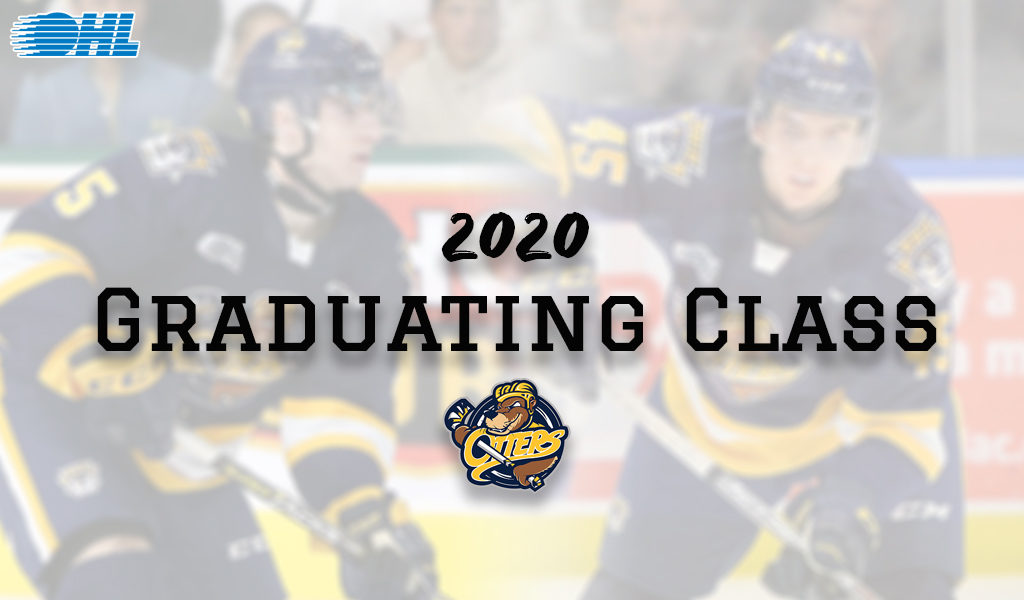 It was undoubtedly a season of ups and downs for the Erie Otters, but experience on the blue line would surely be a guiding force for the team’s not-so-distant future.

The Otters part with a pair of seasoned defenders in Jacob Golden and Drew Hunter.

Jacob Golden (London, Erie – 2016-2020)
One of the final picks of the 2015 OHL Priority Selection, Jacob Golden went on to have an extensive OHL career that saw him play in many situations. Injury may have sidelined him for a bit, but the Toronto native reached his career best 27 points (4-23—27) over his final 48 games as an Otter this past year. In 212 OHL appearances with both the London Knights and the Otters, the freshly turned 21-year-old blueliner chipped in for a 60-point (9-51—60) production. Golden was a 15th round selection of the Knights back in 2015 out of the GTHL’s Mississauga Rebels and spent the following season with Upper Canada College’s hockey program. He was drafted by the Minnesota Wild in the 2017 NHL Draft and is currently a free agent.

Drew Hunter (Niagara, Erie – 2016-2020)
Fellow D-man Drew Hunter brought a physical element and wealth of experience to the Otters group where he’d wrap up his four-year OHL career. The product of Livonia, Mich. spent over three seasons with the Niagara IceDogs that included multiple trips to the postseason. The 6-foot-3 blueliner was dealt to Erie early this season and registered 20 points (2-18—20) over 40 contests, rounding out a career-high 29-point season. Hunter was drafted by the IceDogs in the 12th round of the 2016 OHL Priority Selection out of the Oakland Jr. Grizzlies.

The 2019-20 OHL season came to a sudden end on Thursday, March 12th, with play suspended and the remainder of the playing season cancelled due to the ongoing COVID-19 pandemic. Sadly, many of the League’s overage and graduating players never had the chance to enjoy a proper send-off from their home fans. The 2020 Graduating Class series takes a look at the OHL tenure of each team’s overage players while also recognizing other potential graduates.