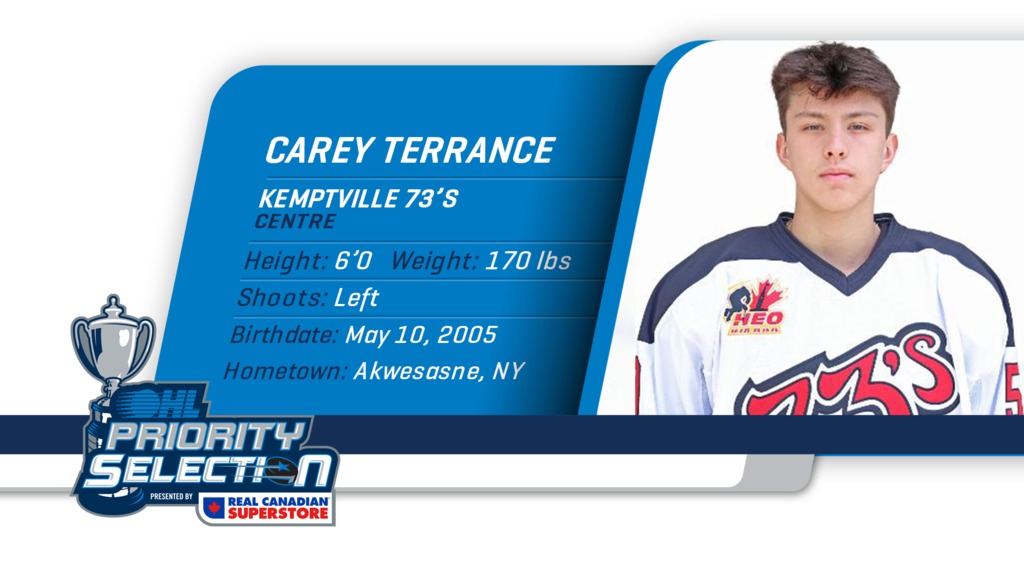 Erie, Pennsylvania – The Erie Otters Hockey Club announced today that 2021 OHL Priority Draft First Round selection CAREY TERRANCE has been named by USA Hockey as a player for the upcoming Under-17 Five Nations Tournament.

The Otters congratulate Carey Terrance and his teammates on the United States team, and look forward to them competing in the Five Nations Tournament next month.