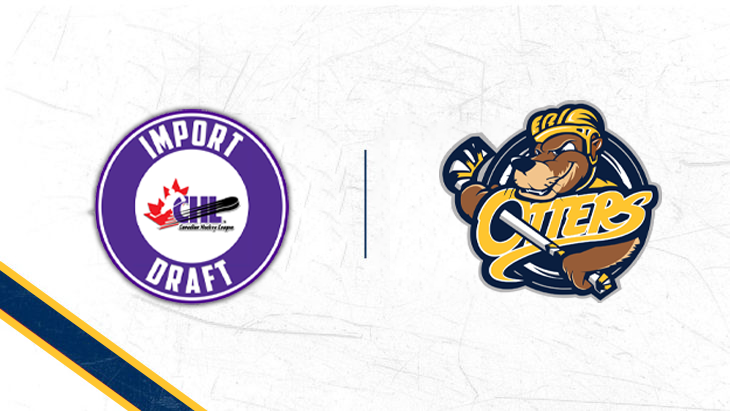 Erie, Pennsylvania – The City of Erie and the Otters organization will get their guaranteed time in the worldwide spotlight on Friday, July 1 at 11 A.M. for the Canadian Hockey League’s 30th Annual Import Draft.

The CHL Import Draft – first implemented in 1992 – is an opportunity for the Ontario, Quebec, and Western Hockey Leagues to break outside of their region-locked North American scouting waters to find hockey talent abroad. This is the only draft every year that involves all three Major Junior hockey leagues simultaneously and collaboratively, and is the only crossover between leagues outside of the Memorial Cup. As well, this is the final CHL event of the 2021-22 season, with the end of the Import Draft marking the official start of the new season across the league(s).

In the 2022 edition of the Import Draft, the Erie Otters are eligible to select two players from the two rounds, with a ‘Linear Draft’ being executed, ensuring Erie and all CHL member teams the same draft order in both rounds. The picks are as follows for Erie:

In the team’s 25 previous Import Drafts, Erie has selected 35 total players – with 20 players appearing on the roster for the Otters.

Every player the Otters have ever drafted top five in the Import Draft has gone on to play for Erie – will the trend continue this year?

Both rounds of the CHL Import Draft will take place on Friday, July 1 at 11 A.M., with results being updated live on the CHL’s Import Draft tracker.

Keep up with both of the Otters picks and results on OttersHockey.com or across the Otters’ social media. For all results of the 2022 CHL Import Draft, please head to CHL.ca.