ALEX MESSIER COMMITS TO THE OTTERS 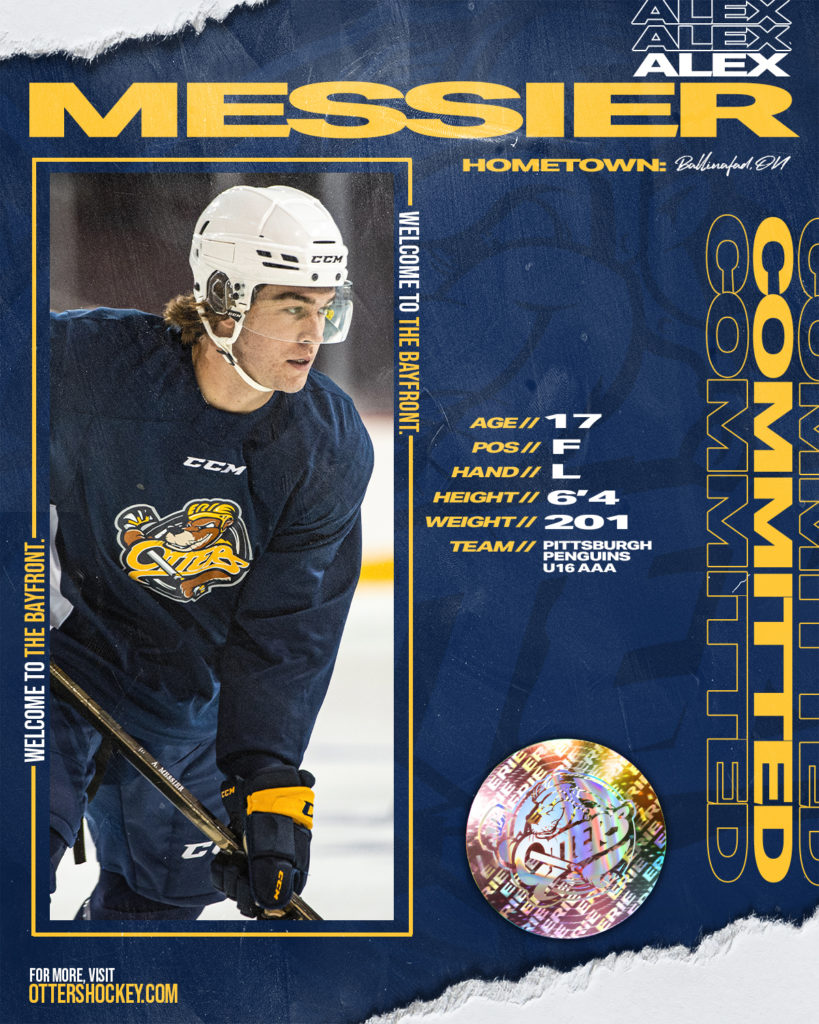 Erie, Pennsylvania – As Training Camp 2022 closes for the Erie Otters, and the practice begins for the team’s preseason contest, General Manager Dave Brown announced the first commitment since the conclusion of camp – Alex Messier.

Messier, a 6’3, 201 lbs. Forward was an invitee to the team’s 2022 Training Camp after spending the 2021-22 season with the Pittsburgh Penguins Elite 16U team. Playing in 79 games during the last season, the big-bodied 17-year-old put up 32 points (8G+24A). The left-handed shooter also participated in the 2022 United States Hockey League’s Combine. Messier spoke highly of his new team following the conclusion of camp.

“My experience at Training Camp was amazing. I love every part of camp, competing with the guys, and seeing the pace of play first-hand. It was incredible. It’s always been a dream of mine to play in the OHL, and knowing that Erie is established as a top organization to play for, it couldn’t have worked out any better.” said Messier, “I’m looking forward to putting on that Otters jersey, and playing for such a tightknit team.”

Director of Hockey Operations Scott Grieve commended the playing style of Messier after his performance in camp.

“Alex is a bigger body up front who can play with some jam, and wear opponents down through his physicality and compete level. He plays a heavy game, and engages physically, making it uncomfortable for the opposition.” said Grieve, “We welcome Alex and his family to Erie, and look forward to assisting in his development.”

The Otters officially welcome Alex to the Flagship City, and look forward to seeing his skills and abilities grow and develop with the organization as the preseason begins.

The OHL Preseason begins this Friday, September 2 at 7:00 P.M. as the Erie Otters host the reigning league champion Hamilton Bulldogs. Tickets are on sale now at OttersHockey.com