Otters in the Community Wes Wolfe 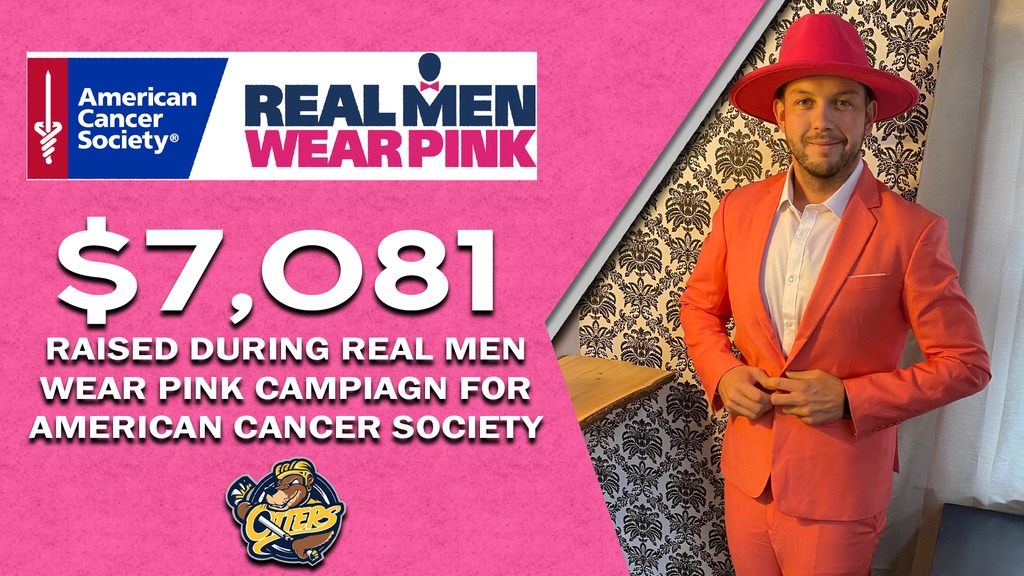 “When I set out to fundraise, I never could have imagined exceeding the $5,000 target,” Wes Wolfe said. “I am so proud of the efforts by everyone involved to help achieve and surpass the goal. I am truly grateful for all of the support, passion and donations.”

For each day during the month of October, Wes incorporated the color pink into his daily outfits in an effort to raise awareness and money through donations for the American Cancer Society’s breast cancer initiatives as part of their annual Real Men Wear Pink Campaign. The Niagara Falls, Ontario native collaborated with current and former Erie Otters players to join in on the month of pink clothing and further the message through social media. American Cancer Society of Erie’s campaign raised over $21,000 with the help from its 14 local candidates, including Wolfe.

Real Men Wear Pink gives men a leadership role in the fight against breast cancer. Community leaders around the nation use the power of pink to raise awareness and money for the American Cancer Society’s breast cancer initiatives, including innovative research, patient services, and education around screenings and risk reduction. It’s one important way ACS attacking cancer from every angle.

About the American Cancer Society

The mission of the American Cancer Society is to save lives, celebrate lives, and lead the fight for a world without cancer. As we all know, when cancer strikes, it hits from all sides. That’s why ACS is committed to attacking cancer from every angle. With more than 100 years of experience and leadership, ACS is a global force, fighting all cancers on all fronts, across the US and around the globe.

With the help of millions of supporters, ACS has launched breakthrough research, created empowering resources for people to outsmart cancer, enabled local communities to support those affected, and convened powerful activists to create awareness and impact.