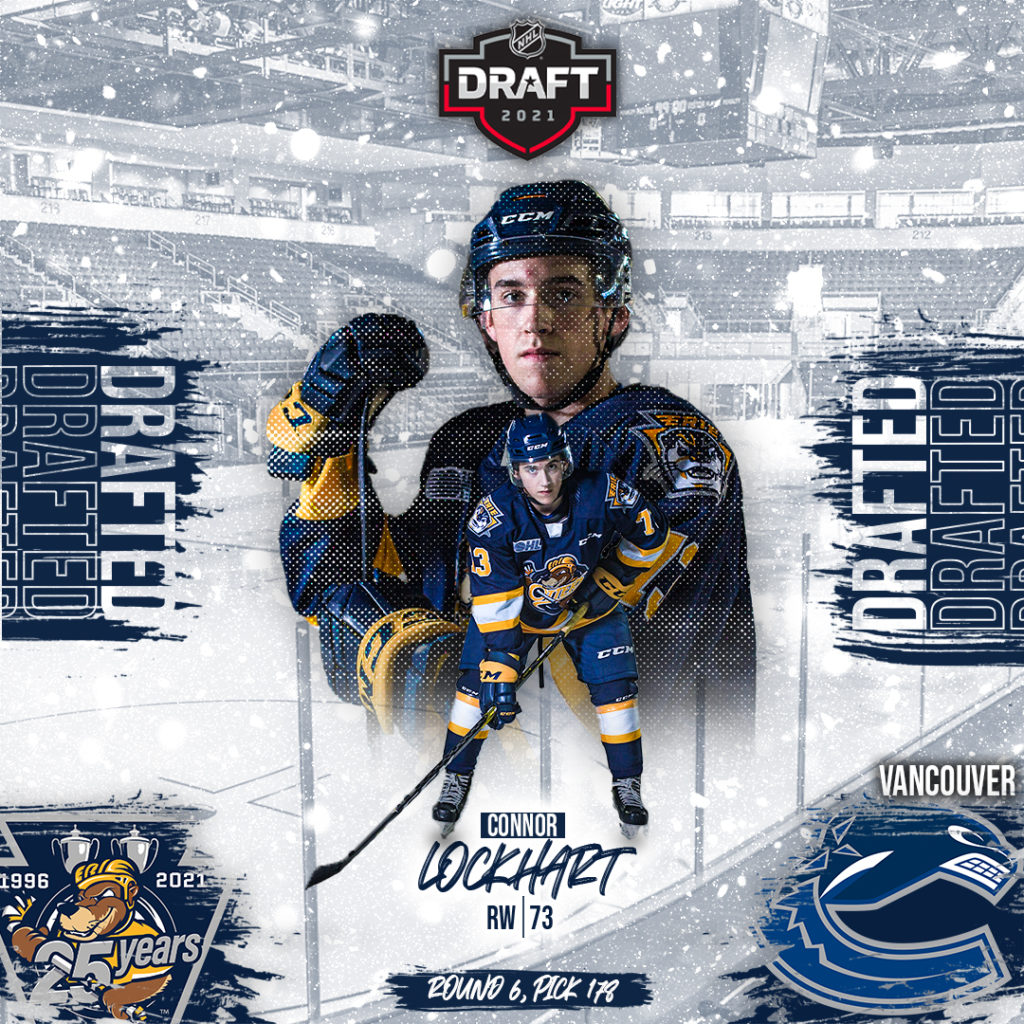 Erie, Pennsylvania – The Lock is Picked. With the 18th Pick in the 6th Round (178th Overall Pick), the Vancouver Canucks select Erie Otters forward Connor Lockhart.

An 18-year-old right-winger from Ottawa, Ontario Lockhart accounted for 27 points (9G+18A) in 57 games in the 2019-20 season – his lone as an Otter. During that same season, Lockhart also suited up for five games with Canada Red at the 2019 World Under-17 Hockey Challenge, posting four points (2G+2A).

“It’s a huge weight off my shoulders, and an honour to hear my name called by the Canucks. I’m really excited to share this moment with my family, friends, teammates, and the Otters family,” said Lockhart after being picked “The amount of support and effort that the Otters staff have put into my on-ice and off-ice development is a huge reason for me getting to this point in my career.”

NHL Central Scouting ranked the right-handed Lockhart as #104 among North American skaters for the 2021 Draft. Lockhart was Erie’s first round pick, third overall, in the 2019 OHL Priority Selection.

“[We] couldn’t be happier for Connor. He is extremely committed to making himself a better player day-in-and-day-out, but he is an even better human-being who understands the importance of doing things the right way,” said Otters Coach Chris Hartsburg “I know he had a real hard time with losing out on his 2020-21 season, but he has persevered, and is very deserving of this opportunity to be an NHL Draft pick.”

The Erie Otters have seen great success developing talent for the NHL Draft in the 25-year history of the organization. Lockhart represents the 42nd player in Otters history taken in the NHL Draft – most among American clubs – and the second Otter to be drafted by the Canucks, along with Kyle Pettit (156th Overall, ’14).

Since 1969, a total of 2,433 OHL players have been selected in the NHL Draft representing over 20% of all players chosen by clubs, and a figure higher than any other league; solidifying the OHL as the number one supplier of NHL talent.