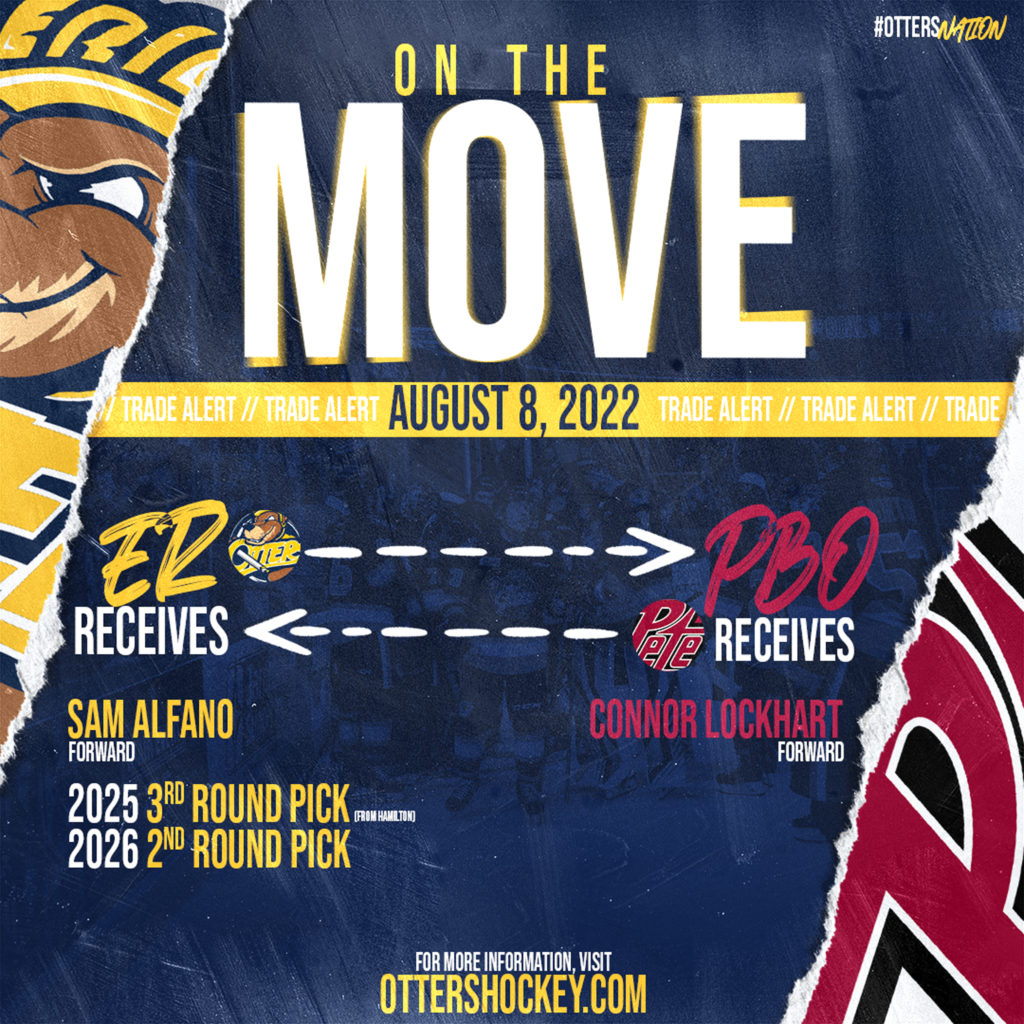 Erie, Pennsylvania –  Training Camp starts two weeks from today for the Erie Otters, and leading up to the official start of the season, the team has executed a major trade.

Erie General Manager Dave Brown announced today that the team has sent Forward Connor Lockhart to the Peterborough Petes. In return for the rights to Lockhart, the Otters receive second-year Forward Sam Alfano, Hamilton’s Third Round pick in the 2025 Ontario Hockey League Priority Selection Draft, and Peterborough’s Second Round pick in the 2026 Priority Selection Draft.

Lockhart, a prospect for the NHL’s Vancouver Canucks, played in two seasons with the Otters – putting together 75 points (32G+43A) in 121 games played.

“We thank Connor for his contributions to the organization.” said Brown, “We wish him the utmost success as he proceeds through his hockey endeavors.”

“I’m excited to be joining the Erie Otters; this is a great franchise that has a history of producing numerous NHL players.” said Alfano, “I look forward to bringing my work ethic and competitiveness to the ice in front of the terrific, diehard fans of Erie.”

The 18-year-old Alfano finished second in Rookie scoring for Peterborough, and 10th overall on the Petes. He also brings the experience of playing in four playoff games; posting his first career playoff goal during the 2022 postseason.

“We are thrilled to be adding Sam to our organization.” said Brown, “Sam is a power forward that fills some obvious holes in our lineup, and we’re excited to watch and share in his continued development.”

The Otters welcome Sam to the Flagship City, and look forward to seeing his skills and abilities grow and develop with the organization – on and off the ice.

Training Camp for the 2022-23 Erie Otters season opens on August 22, and the Preseason begins for the team on Friday, September 2 at the Erie Insurance Arena.