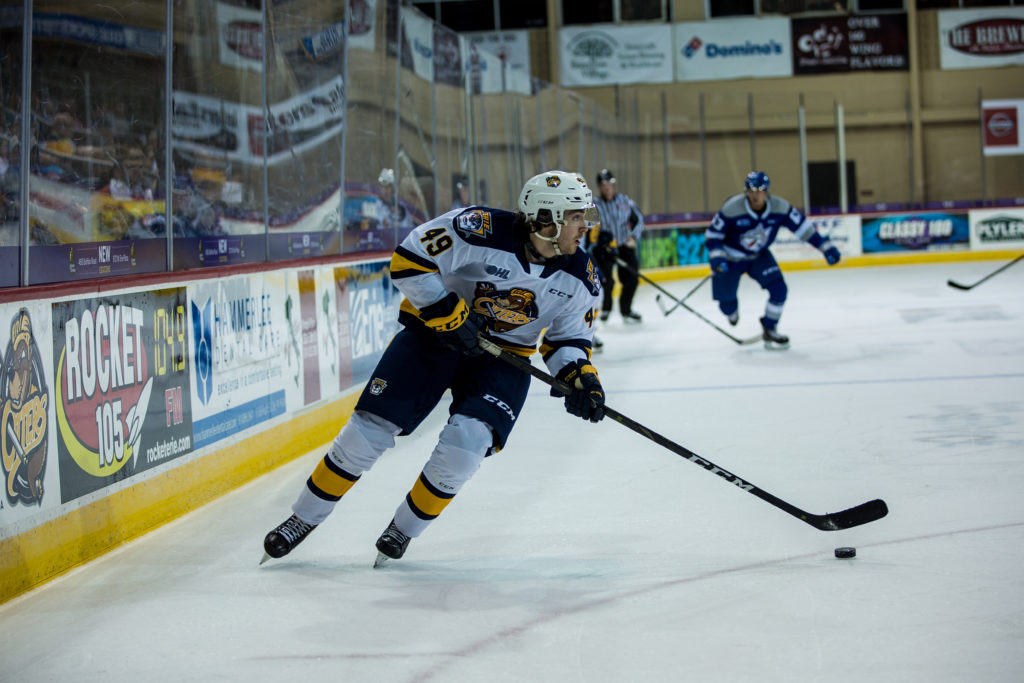 Beamish, 19, played in the Otters first 13 games of the season and recorded two assists before concussion like symptoms returned. The Mississauga, Ontario native was medically cleared to play for the 2019-20 campaign in the offseason after he missed the final 45 games of the previous season due to similar symptoms. However, due to returning issues and symptoms, Beamish has decided, under the advice of his family and Erie’s medical team, that the risk of further injury is far too great to continue playing hockey.

“The years I was in Erie was a great experience,” Beamish said. “Everyone was so helpful, from the staff, coaches, management, ownership, teammates, fans and billets. Unfortunately, I had to stop playing due to injury problems and the safest thing to do would be to walk away from the game. This is one of the toughest decisions I’ve had to make, but I just wish the team and the organization great success, and I’ll miss everyone. Thank you all.”

Beamish last played for the Otters October 23rd against the Guelph Storm.

“This has been an emotional time for Luke, and we are thankful for Luke’s contributions to the Otters organization both on and off the ice,” Dave Brown said. “He is a great teammate and was always supportive of the group around him. This is truly unfortunate news for Luke and our team, but we fully support him and his decision, and admire his mature approach. We will be there to support him as he takes the next step in his life. We wish him the utmost success in his future endeavors.”

The four-year veteran has appeared in 84 OHL games in his career and collected 20 points (2G-18A) over that time with two teams. Originally selected by the Owen Sound Attack 51st overall in the third round of the 2016 OHL Priority Selection, Beamish was acquired by the Otters in a trade on January 6th, 2018. With the Otters he played in 52 games and scored his first two OHL goals and tallied 17 assists during parts of three seasons with the team.