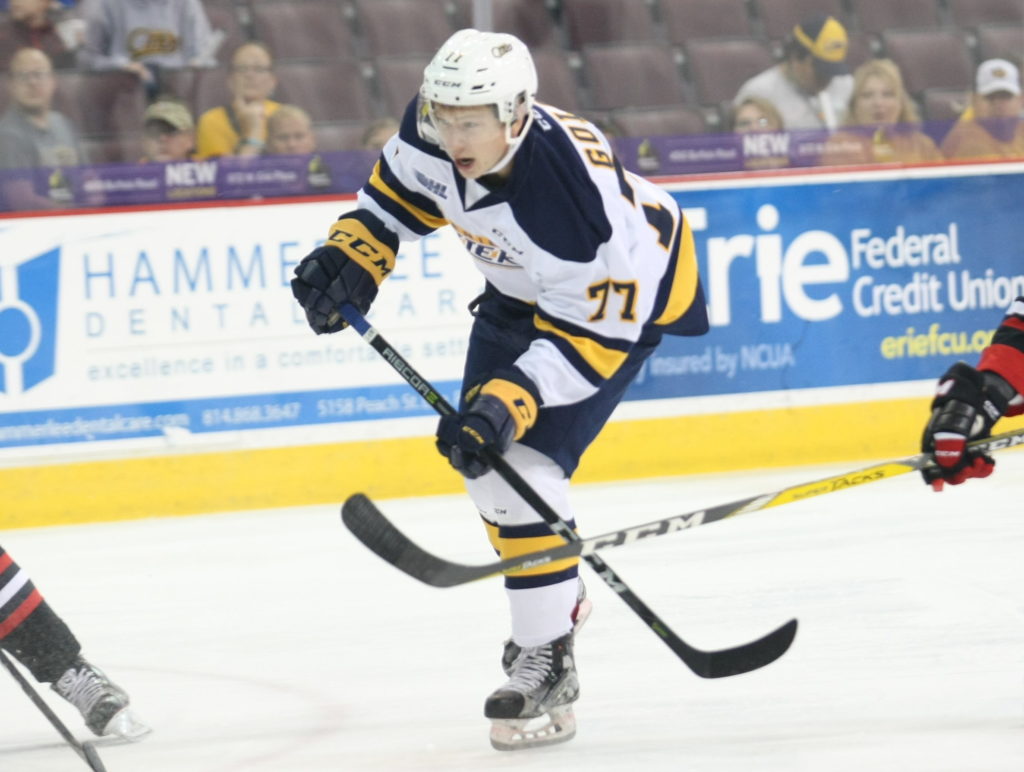 The Erie Otters lost to the Mississauga Steelheads this afternoon by the final score of 7-2. The Otters were without Ivan Lodnia, Kyle Maksimovich, Christian Girhiny, Ryan Martin, and Luke Beamish today. Gianluca Fuoco, who participated in preseason camp with the Otters, was recalled from St. Catharines Falcons Jr. A to fortify the depleted forwards group. Owen Tippett (FLA) scored a hat trick against the Otters in the 7-2 loss.

The Otters were up 2-0 by the 2nd period, with goals from Maxim Golod in the 1st and Hayden Fowler on the power play early in the 2nd. Owen Tippett scored two quick goals nearing the halfway mark of the game to tie, jumpstarting the Steelheads’ offense which proceeded to produce four goals total in less than five minutes of play.

The Otters started the 3rd period down 4-2 from the 2nd period onslaught, which quickly became 5-2 as Michael Little scored just 1:41 into the final frame. Nicolas Hague netted the 6th goal for the Steelheads with 6:40 left, and Owen Tippett completed the hat trick with a goal late to make it 7-2, final.

Shots on goal were 48-28 in favor of Mississauga. The Otters have a short break to recuperate before meeting the Flint Firebirds at the Erie Insurance Arena this Wednesday at 7pm. Kyle Maksimovich will be back in the lineup for the game against Flint, having served his two-game suspension for Slew-Footing in the March 1st game against Owen Sound.