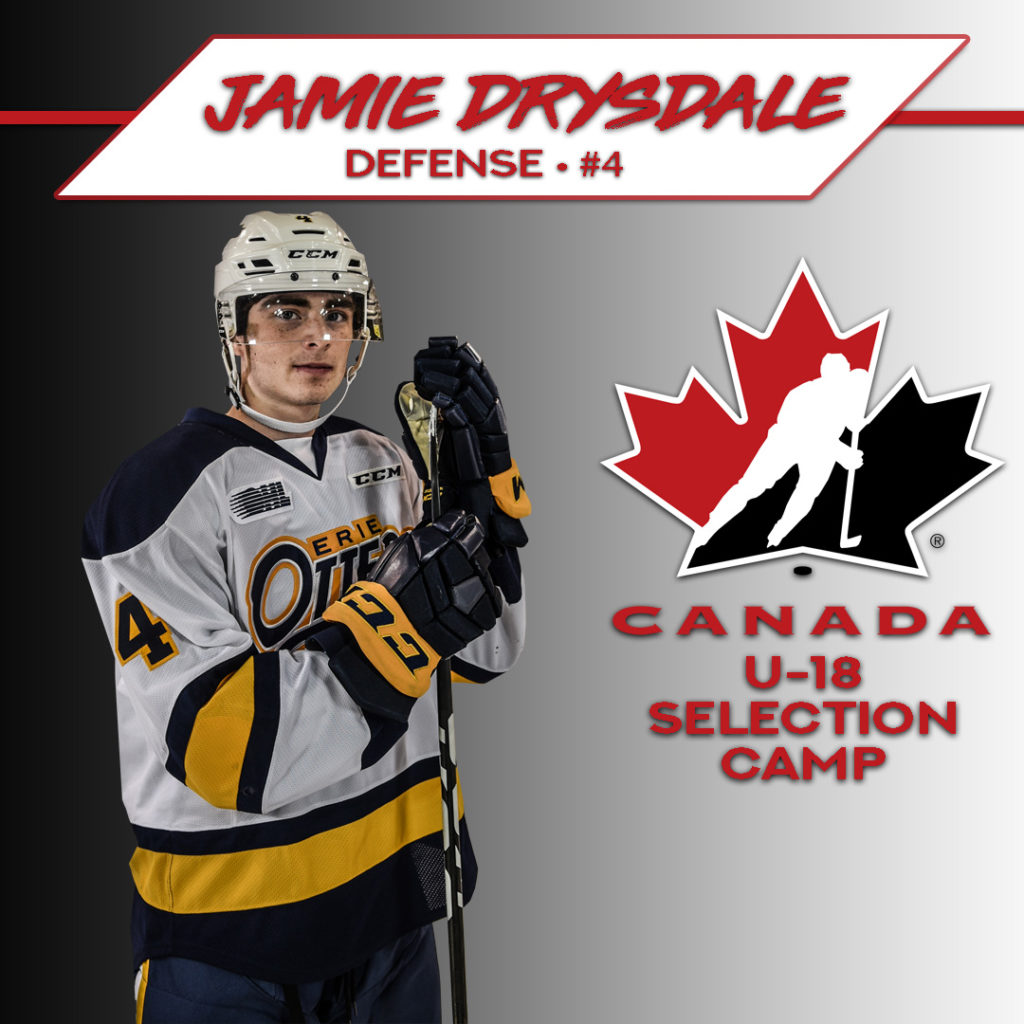 CALGARY, Alta. – Forty-four of the nation’s top under-18 hockey players have been invited to attend Canada’s National Men’s Summer Under-18 Team selection camp, set for July 26-30 at the Markin MacPhail Centre at WinSport’s Canada Olympic Park in Calgary.

The players, including four goaltenders, 14 defencemen and 26 forwards, will compete for a chance to represent Canada at 2019 Hlinka Gretzky Cup in Breclav, Czech Republic, and Piestany, Slovakia. The camp roster includes two players who were part of Canada’s National Men’s Under-18 Team that finished fourth at the 2019 IIHF U18 World Championship in Sweden (Drysdale, Hunt).

“We are excited to bring together a group of 44 athletes with a solid foundation of junior and international experiencefor selection camp. The under-18 camp is unlike any other, as players are being evaluated from the moment they arrive at camp and are preparing to compete in short-term competition,” said Shawn Bullock, director of men’s national teams for Hockey Canada. “Historically, Canada has been successful at the Hlinka Gretzky Cup, and we know all 44 players will come to camp ready to compete for a spot on the team and the opportunity to wear the Maple Leaf in international competition.”

One of the only true, best-on-best competitions for this age group, the Hlinka Gretzky Cup will see Team Canada play its preliminary-round games at Ice Bors Arena in Breclav. The event will run from Aug. 5-10, with Canada facing off against the Czech Republic, Finland and Switzerland in prelim play before the tournament wraps up with the bronze and gold medal games on Aug. 10.

In 2018, the tournament was rebranded as the Hlinka Gretzky Cup and hosted in Canada, with Edmonton and Red Deer, Alta., serving as co-hosts. Canada captured gold on home ice, defeating Sweden 6-2 in the gold medal game with a team that included 14 players who were selected in the 2019 NHL Draft last weekend.

Canada has won gold 22 times in 28 years of summer under-18 competition, along with two silver medals and one bronze.

For more information on Hockey Canada, Canada’s National Men’s Summer Under-18 Team and the 2019 Hlinka Gretzky Cup, please visit HockeyCanada.ca, or follow through social media on Facebook, Twitter and Twitter.com/HC_Men.