Erie Eliminated from Playoffs with Loss 5-2 in Guelph 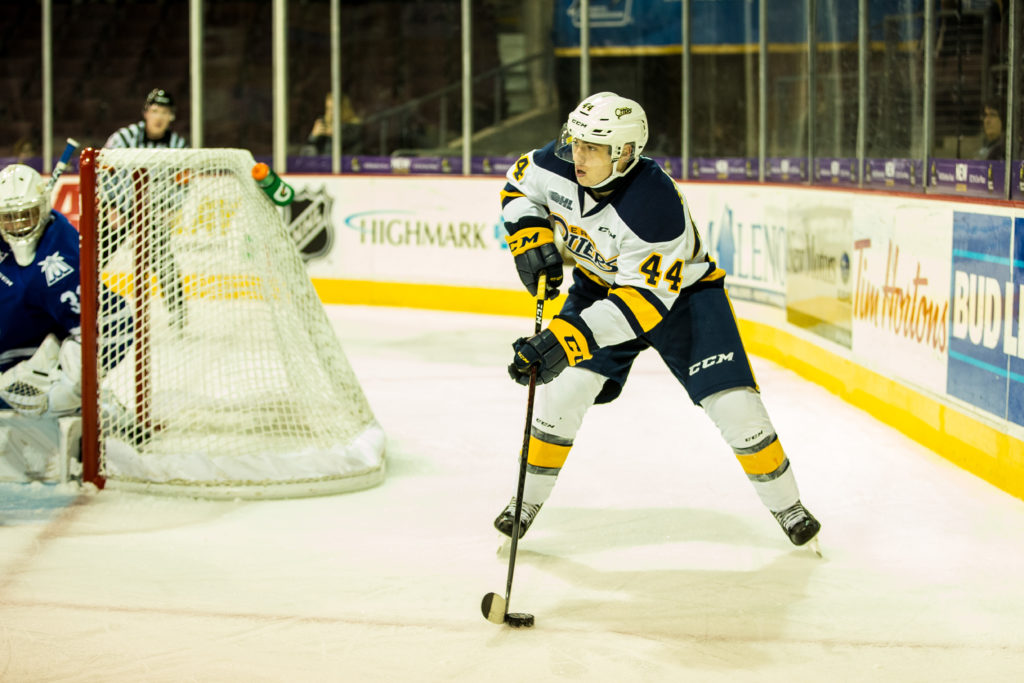 GUELPH, ON – The Otters opened the final weekend of the regular season in Guelph on Friday night, taking on the Storm in the first of a home-in-home series. Guelph opened the game with a pair of goals from Isaac Ratcliffe and MacKenzie Entwistle to go ahead by two early in the first, but Erie bounced back with a goal of their own from Joseph Mack to enter the intermission behind by a goal.

In the second, Erie found the tying goal from Brendan Sellan, the rookie’s fourth of the season. Guelph regained the lead just minutes later with Isaac Ratcliffe’s second goal of the game, and 50th of the season.

In the final period, MacKenzie Entwistle scored his second of the game to make it a two goal game, and Nick Suzuki found the empty net to put this one out of reach for the Otters, while also eliminating them from playoff contention.

The Otters will play their final game of the 2018-2019 season tomorrow night at home, when they take on the Guelph Storm again at 7PM.