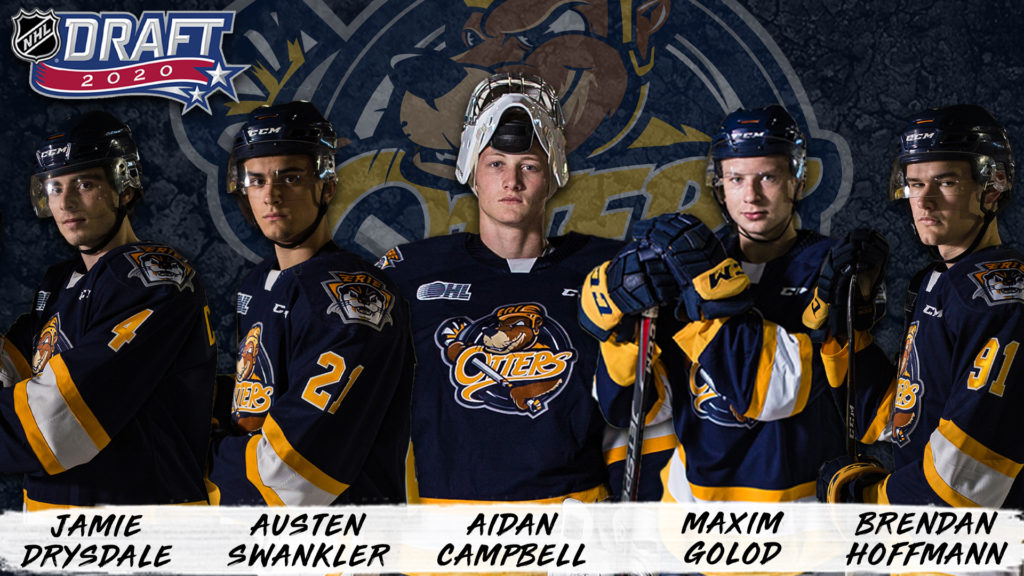 It has been a long and wild ride to get to this day, but the NHL Entry Draft is upon us. Normally held during the last weekend of June, the draft and its celebration of hockey talent was postponed with the rest of the sports landscape. The weekend originally planned in Montreal, Quebec will have to wait a year as the NHL and potential picks will be part of a virtual draft online beginning Tuesday, October 6th with the first round beginning at 7pm, followed by rounds 2-7 on Wednesday, October 7th beginning at 11:30am.

The Erie Otters have seen great success developing talent for the NHL Draft in the near 25-year history of the organization on the Pennsylvania shores of Lake Erie. Over that time, 39 Erie Otters have heard their names called at the NHL Draft, including ten first-round picks and a five-year streak of first rounders from 1997-2001. Connor McDavid remains the only first overall pick in team history, a feat only eight OHL teams can boast, when the Edmonton Oilers took the hockey prodigy to open the 2015 NHL Entry Draft. 2007 highlights the Otters most successful draft with five players chosen: Nick Palmieri, Anthony Peluso, Luke Gazdic, Zack Torquato, and Josh Kidd.

This year the Otters have a chance to match their 2007 NHL Entry Draft team record with five players from their roster ranked in the NHL Central Scouting Service final rankings: Jamie Drysdale (#3), Austen Swankler (#200), Maxim Golod (#213), Brendan Hoffmann (#217), Aidan Campbell (#28G). Follow along with our draft coverage here and through our social media channels on Facebook, Instagram and Twitter for the latest Otters pick information.

Here’s a look at the history of the Erie Otters at the NHL draft: