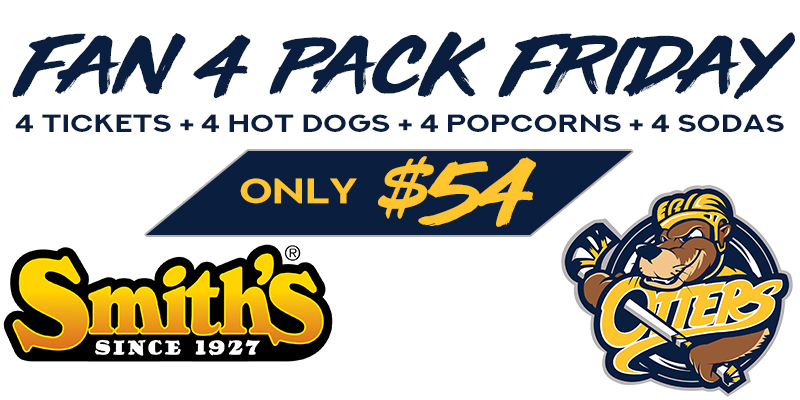 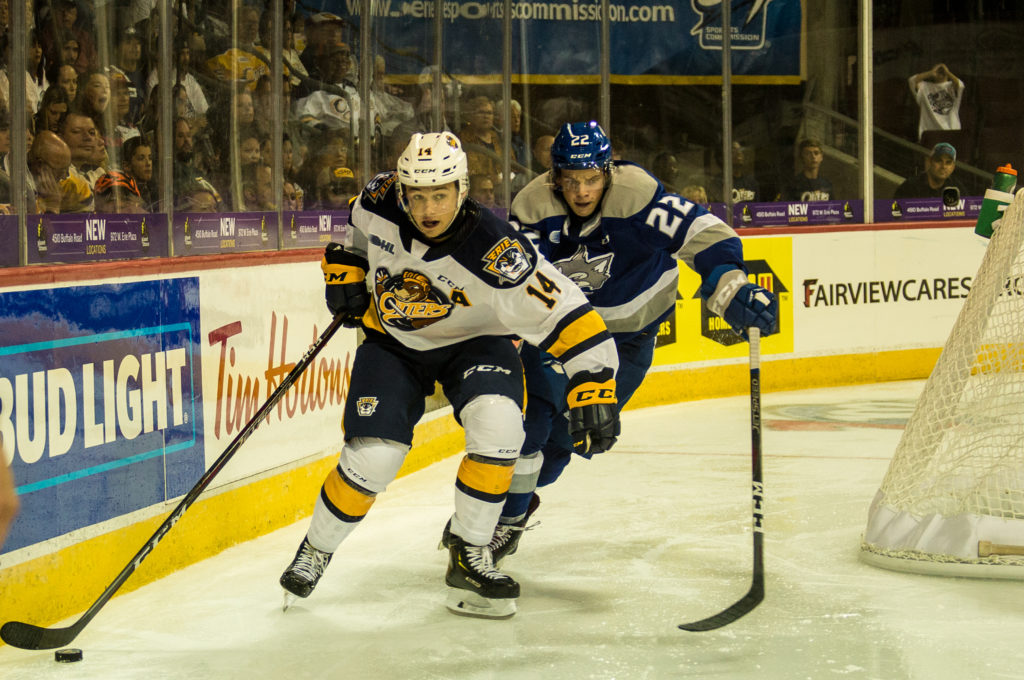 Elias Cohen scored from Austen Swankler and Drew Hunter to open the game’s scoring just 1:27 into the first period. Henry and Lockhart recorded assists on Hayden Fowler’s goal, which made the score 2-0 Erie at the 6:35 mark of the opening stanza. Chad Yetman increased the Erie lead to three goals with less than three minutes remaining in the first, scoring from Fowler and Lockhart. Sudbury’s Shane Bulitka scored with 65 seconds remaining in the first period. The Otters took a 3-1 lead into the intermission.

The Otters controlled the scoreboard in the second period, and Henry scored from Lockhart on the powerplay just 14 seconds into the frame. Brendan Hoffmann sent the puck to Daniel D’Amato, who scored the game-winning goal at the 4:21 mark of the period. Cameron Morton scored his first career OHL goal less than two minutes later, making the score 6-1 Erie. Maxim Golod assisted on Morton’s first at the 7:16 mark of the middle period, and the score remained 6-1 heading into the second intermission.

Sudbury’s Peter Stratis scored at the 6:44 mark of the final frame, making the score 6-2. The Wolves then scored two powerplay goals in 29 seconds to pull within two. The Sudbury goals, coming at the 11:41 and 12:10 marks of the third, were scored by Macauley Carson and David Levin, respectively. The Otters ended the Wolves’ comeback hopes when Henry fired the puck into the empty net from his own zone with 39 seconds remaining. Henry’s empty-net goal was a short-handed goal that allowed Erie to defeat Sudbury by a 7-4 final.

The Otters will conclude their road trip Sunday, December 15, in Sault Ste. Marie, Ontario, where they will play the Greyhounds at 2:07 p.m.
Single game tickets for the 2019-20 season are on sale now. Erie Otters season tickets and flex packages are also available and can be purchased in person at the Erie Otters front office located at 201 E. 8th Street in Erie, or by calling 814-455-7779. For the latest Otters news, visit www.ottershockey.com, or follow the team on Facebook (www.facebook.com/erieottershockey), Twitter (@ErieOtters) and Instagram (@ErieOtters). 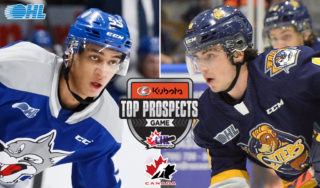 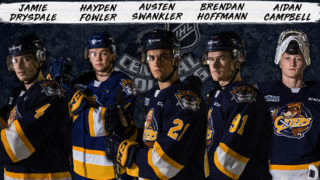 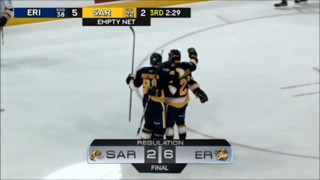