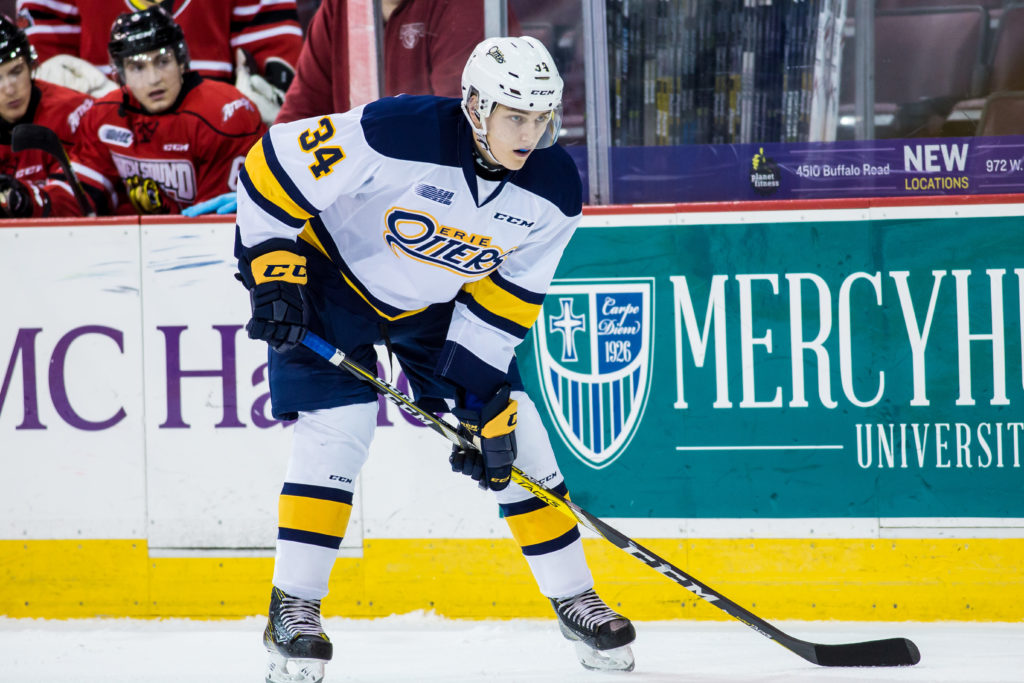 ST. CATHARINES, ON – The Otters played the IceDogs on Thursday night at the Meridian Centre in St. Catharines, Ontario to round out a five game road swing. The teams opened the game trading powerplay opportunities, but neither side could convert and went scoreless in the first period.

Jack Studnicka opened the scoring for Niagara just under two minutes into the second, and Jonah De Simone followed suit just minutes later to put the IceDogs ahead 2-0 quickly into the period. Jack Duff found the back of the net for Erie’s first goal on a slapshot to bring the Otters within one, but was answered by two late Niagara goals from Kirill Maksimov and Matt Brassard.

In the third, Gera Poddubnyi scored his 20th goal of the season to reach the 100 point mark for his career, and brought the Otters within two goals of tying. Niagara would find the net two more times, from Ben Jones and Akil Thomas, with an Erie goal between them from Alex Gritz to make a final score of 6-3.

The Otters will be back in action at home on Saturday night against the Guelph Storm at 7PM.