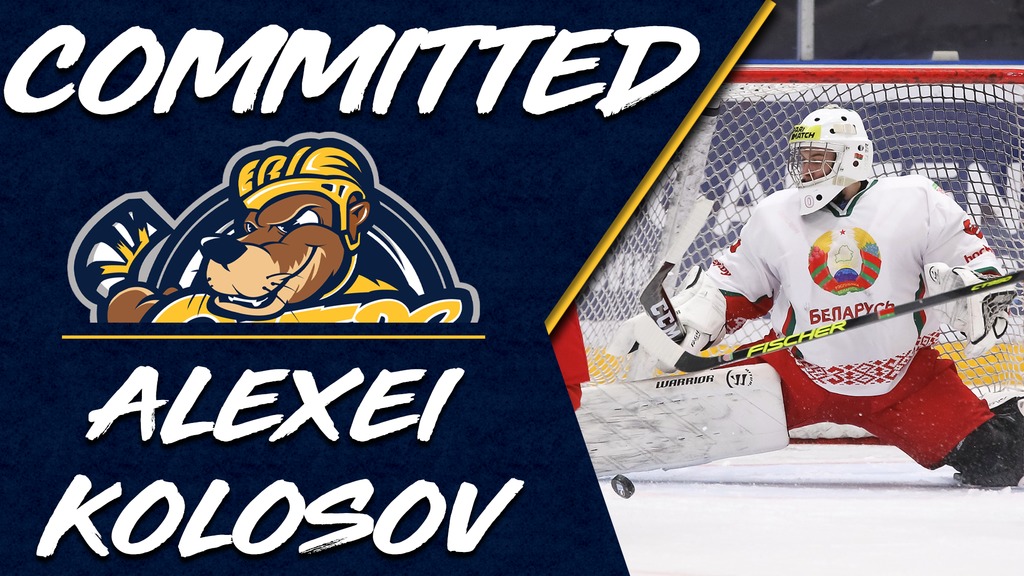 “Alexei is a very quick, athletic goaltender that challenges shooters and uses his speed to his advantage,” said Scott Grieve, Otters assistant director of hockey operations. “Alexei has been impressive in international tournaments with Belarus, while also playing professionally in the Belarus Extraleague and most recently the KHL. We are thrilled to welcome Alexei to the Erie Otters organization and excited to see him in an Otters jersey very soon.”

Kolosov, a 6-foot-1, 185-pound goaltender, was selected 22nd overall by the Otters in the first round of this year’s CHL Import Draft. The Minsk, Belarus native began the 2020-21 hockey season with Dinamo Minsk of the KHL, appearing in three games so far, recording a 1-2 record while boasting a 1.66 goals against average and a .939 save percentage. The 18-year-old became the youngest goaltender in Dinamo’s team history to record a shutout victory with a 22-save performance on October 28th.

In 2019-20, Kolosov spent the season with the Belarus U18 and U20 national teams and competed at the 2020 World Junior Championship Division 1A U20 tournament where he won a bronze medal with his native country. His 2.28 goals against average and .910 save percentage with the U18 program and 2.11 GAA and .930 save percentage with the U20 program both finished in the top-ten of goaltender stat categories in the Belarus 2 league.

Kolosov is the fourth import goaltender ever selected by the Erie Otters following Oscar Dansk, Ramis Sadikov and Jaroslav Janus, and is also the first Belarus native to be selected by the team.