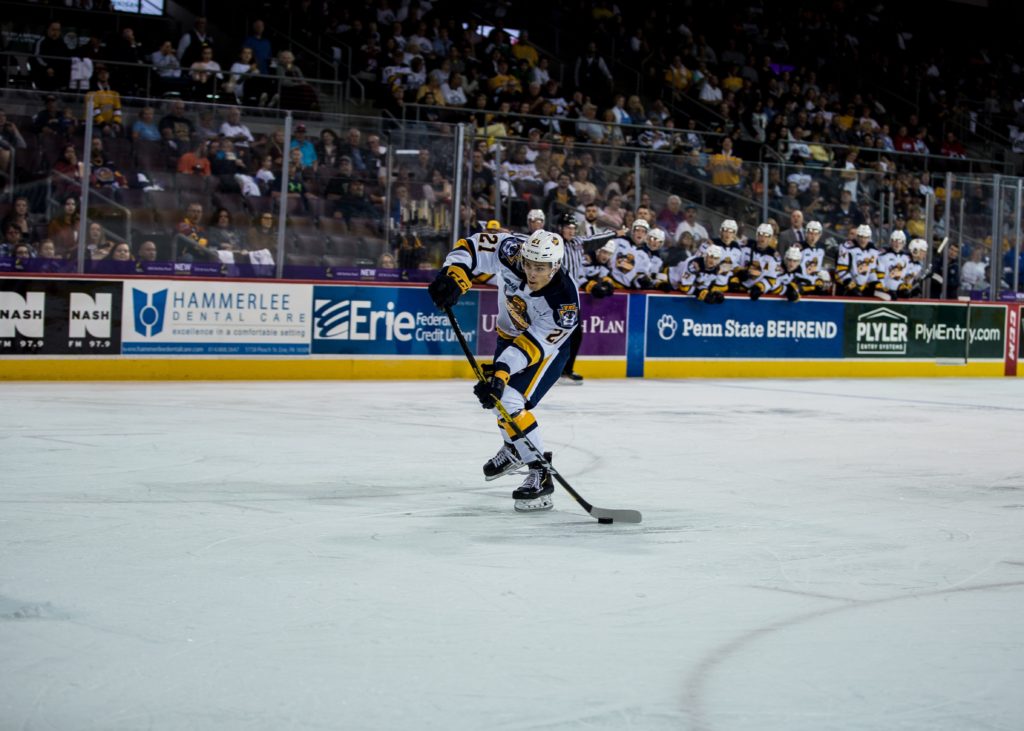 Erie, Pennsylvania – The Erie Otters fell 4-1 to the Hamilton Bulldogs on Friday night at the Erie Insurance Arena despite outshooting the Bulldogs 38-24 in just their second home loss of the season.

Less than eight minutes into the second period, Kaliyev notched his second goal of the night, putting the Otters down 2-0. Kaliyev added to his total by completing his hat trick at the 16:51 mark of the second frame. Shortly after Kaliyev’s third goal, Erie forward Connor Lockhart hit the junction of the post and crossbar with a quick wrist shot. Hamilton goaltender Marco Costantini made three big saves in the remaining minutes of the second, keeping the score 3-0 going into intermission.

The Otters tightened up their game to start the third period, but Kaliyev tallied his fourth goal nearly halfway through. Less than a minute after Hamilton went up 4-0, Erie forward Brenden Sellan took a slapshot and hit the post again. The Otters hit their third post of the game with just over six minutes left when they had a 3-on-1 chance in tight on Hamilton’s goaltender. Chad Yetman spoiled Hamilton’s shutout hopes by scoring with one minute and 21 seconds remaining.

The Otters look to rebound Saturday when they host the defending OHL Champion Guelph Storm.