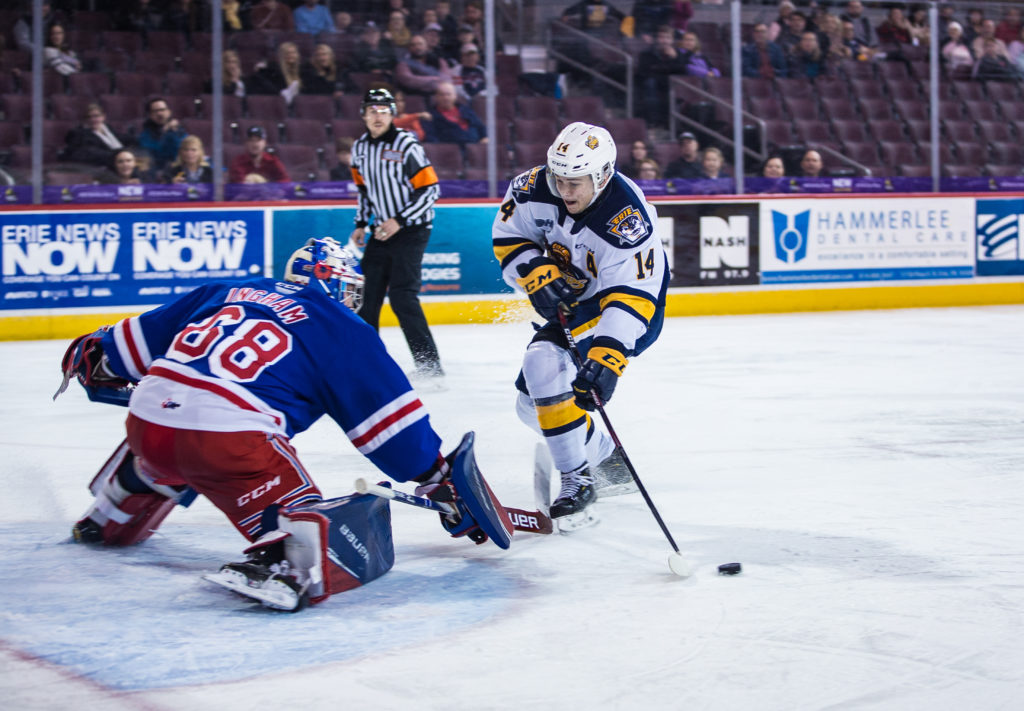 Francesco Pinelli got the Rangers on the board with a powerplay goal at the 12:31 mark of the first period. Mike Petizian added to the Kitchener lead with 22.3 seconds remaining in the frame to make the score 2-0 Kitchener heading into the intermission.

Brendan Hoffmann buried a cross-slot pass from Daniel D’Amato and Brendan Sellan just 49 seconds into the middle stanza to pull Erie within one. Jonathan Yantsis answered back, and the Rangers made it a 3-1 game at the 10:59 mark. Declan McDonnell scored with 24.5 seconds remaining in the period, punctuating the second frame and giving Kitchener a 4-1 lead.

Yantsis tallied his second goal of the game and made the contest 5-1 with 12 minutes and 10 seconds remaining in the third period. Greg Meireles increased the Kitchener lead to five goals with a short-handed tally just over four minutes later, making the final score 6-1.

The Otters are back in action Thursday, January 2, against Peterborough, to mark the start of a three-game road trip.