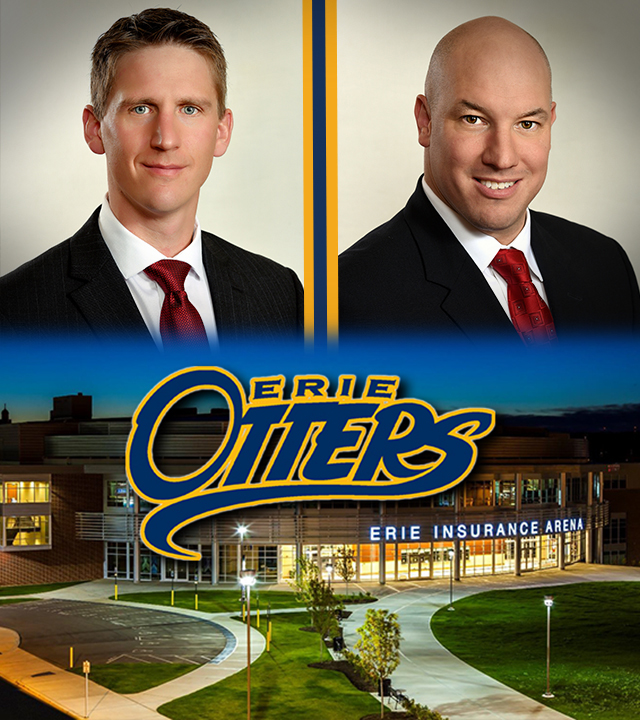 “I’m elated and enthusiastic for the organization, players, and our loyal fans to be able to extend Kris and B.J. for another two seasons,” Otters General Manager Dave Brown said. “This will provide consistency and continuity to the culture we have developed together, and allow the players and organization to continue to flourish and succeed under their guidance. I believe our coaches are innovators in player development and in-game implementation, and I look forward to continue working with them as we strive for excellence.”

Knoblauch, the 2016 Matt Leydon Trophy winner as the OHL’s Coach of the Year, has amassed a record of 162-67-9-2 in his four seasons with the Otters. The Imperial, Saskatchewan native has guided Erie to three consecutive 50-win seasons, the first team in Ontario Hockey League history to accomplish the feat. At the helm of the Otters, Kris’s teams have made three straight appearances in the OHL’s Western Conference Final, with a conference championship taking the Wayne Gretzky Trophy in 2015.

Adams joined the Otters prior to the 2015-16 season, taking over as the defense and penalty kill coach. During his first year behind the bench the Otters finished second in the OHL in goals against with 183, and held the fifth best penalty kill unit in the league, good for second in the Western Conference. Prior to joining Erie, Adams held a similar position as an assistant coach with the Canisius College Golden Griffins hockey team from 2009-2014, where he helped lead Canisius to an Atlantic Hockey Championship in 2013.

The Otters also announced the addition of Wes Wolfe as the team’s assistant coach, agreeing to a two-year contract. Wolfe served as head coach and Assistant General Manager of the St. Catharines Falcons of the GOJHL during the 2015-16 season, leading the team to a second place record of 33-12-5 in the regular season and a Golden Horseshoe Conference Final berth.

“Wes is an inspiring young hockey mind that both Kris and I were intrigued and very impressed by,” Brown said of Wolfe. “Wes adds elements to our organization that will allow us to evolve and grow to new levels. He is a quality hockey mind that is meticulous, enthusiastic and hard working. I would best describe Wes as the consummate team guy with innovative and fresh ideas. He fits perfectly with our organization’s goals and objectives.”

Prior to joining St. Catharines, Wolfe held head coaching positions with Pelham Pirates of the GOJHL, and the Niagara Falls 1997 age group Minor and Major Midget AAA teams. He also has served as a coach with the OHL/OHF Program of Excellence and the Horseshoe Prospects Elite Spring Program.

“It’s an honor and privilege to join an esteemed organization like the Erie Otters,” new Otters Assistant Coach Wes Wolfe stated. “I am truly looking forward to working and learning alongside Dave, Kris, B.J. and the other Otters players and staff. I’d like to contribute to the development process by using my analytics background combined with conventional hockey wisdom to help make informed decisions and adjustments. The winning culture is something I know the hockey staff has worked hard at creating and I am confident that I will be able to add to.”