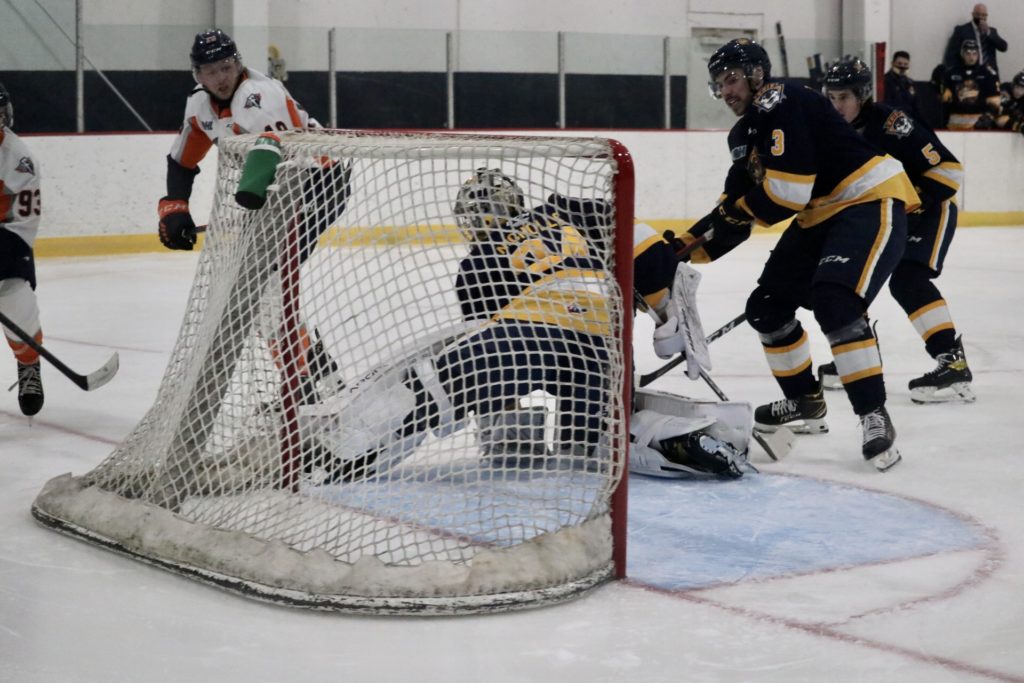 Flint, Michigan – One last chance to dance in exhibition action took place for the Erie Otters, as they took on the host Flint Firebirds this afternoon at Flint Iceland Arena. With these two teams opening up their respective Ontario Hockey League seasons against each other, the game would prove to be one final tune up before the games start counting. Despite its matinee puck drop time, the battle would prove to be a marquee event. The last time these two teams faced off, Erie had no trouble whatsoever with the Firebirds to the tune of a 10-2 victory.

Looking to rebound after a loss last night, the Otters would find themselves behind to start once again, as Amadeus Lombardi would net his second of the preseason, and give Flint a 1-0 lead halfway through the first period. Erie wouldn’t trail for too long in the frame, as Brendan Sellan’s hot preseason would continue with his fourth goal in the exhibition season at the 16:46 mark, unassisted. A penalty on each side would be as bad as it would get for either side, as the period ended at a pedestrian 1-1 tie; shots in favor of Erie, 12-6.

While the number of penalties would remain the same in the second, both this time would be against the Firebirds; both killed off. Flint would get the scoring-party started early-and-often in the second period, as Lombardi (3, 4), Coulson Pitre (3) would get three goals in just over four minutes – Lombardi’s fourth of the preseason giving him a preseason hat trick. Before the period was hardly underway, the Firebirds immediately shot up to a 4-1 lead. Erie would get back within striking distance relatively-quickly, as Carey Terrance (3) would score his second of the weekend to make it 4-2 just 5:55 into the period. The final 14:05 of the period would go to chalk, as the score remained 4-2 after 40. Flint would outshoot Erie for the only period of the game, 18-13.

Needing a comeback effort in the third period, Noah Sedore would play the part of goalscorer for the Otters just :49 into it to make it 4-3. Riley Piercey would bring Flint back up to a two-goal lead with his first goal of the preseason 3:22 in, but Terrance would make it a one-goal-game once again with his fourth of the preseason 1:25 later. For the first time since the first period, Erie would find themselves in a tied game as Brendan Sellan would find the twine for his second time, and make it a 5-5 game. When it rains it pours, and the storm this afternoon came in the form of Amadeus Lombardi, who scored his fourth goal of the night and fifth of the preseason nearly halfway through the third to give Flint a 6-5 lead. Down a goal late, Noah Sedore would once again put the onus on himself to find the net, and with 2:20 left, would tie things up 6-6. The day was not meant to be for the Otters, however, as Ethan Hay’s second goal of the preseason with just 17 seconds left would give Flint the measuring-stick win over Erie, 7-6.

Erie finishes its preseason effort with a record of 3-2 (3-0 H, 0-2 A), splitting the series with Flint one-game apiece. With such a young roster for the Otters, the preseason definitely showcased the up-and-coming ability that fills the roster, and the anticipation to see this team in countable-action. Regular season action kicks off one week from today, as the Otters return to Flint to take on the Firebirds on October 9 at 7:05 P.M. Erie will play their first-four game in Michigan, before opening the home-portion of their schedule on October 23.