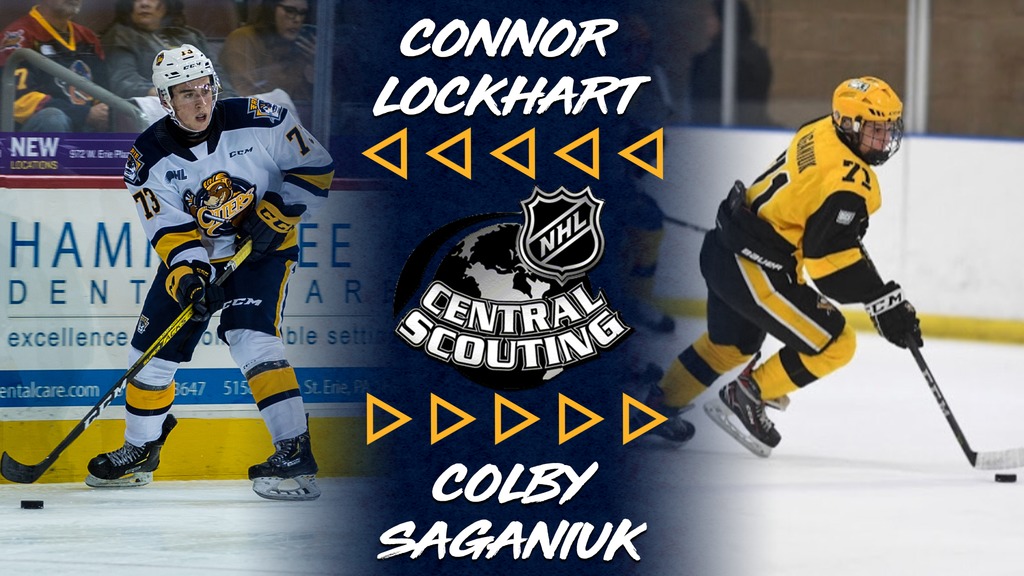 Erie, Pennsylvania – Erie Otters forwards Connor Lockhart and Colby Saganiuk were given ‘C’ ratings in the annual NHL Central Scouting Service’s Preliminary Players to Watch List, projecting the pair as potential fourth to sixth round candidates in the 2021 NHL Draft.

Lockhart, a 5-foot-9, 170-pound forward, appeared in 57 games during his first OHL season in 2019-20, collecting 27 points (9G-18A). The 17-year-old also suited up for five games with Canada Red at the 2019 World Under-17 Hockey Challenge, posting four points (2G-2A) to tie for fourth most on the squad during the tournament. Most recently, the Kanata, Ontario native was announced to Canada’s National Men’s Summer Under-18 Team selection camp in preparation for the 2020 Hlinka Gretzky Cup, which was cancelled due to the COVID-19 pandemic. Lockhart was Erie’s first round pick, third overall, in the 2019 OHL Priority Selection.

Saganiuk committed to the Otters in May 2020 after spending the 2019-20 season with the U.S. National Under-17 Team, part of the USA Hockey National Team Development Program, where he recorded 14 points (6G-8A) in 37 games played. The 5-foot-8, 160-pound forward was selected by Erie 37th overall in the second round of the 2019 OHL Priority Selection. The 17-year-old represented the United States at the 2019 World Under-17 Hockey Challenge where he won a silver medal and posted five points (3G-2A) in six tournament games. A native of Plainfield, Illinois, the right-handed shooting forward is the fourth Pittsburgh Penguins Elite alum to commit to the Erie Otters in a little over a year.