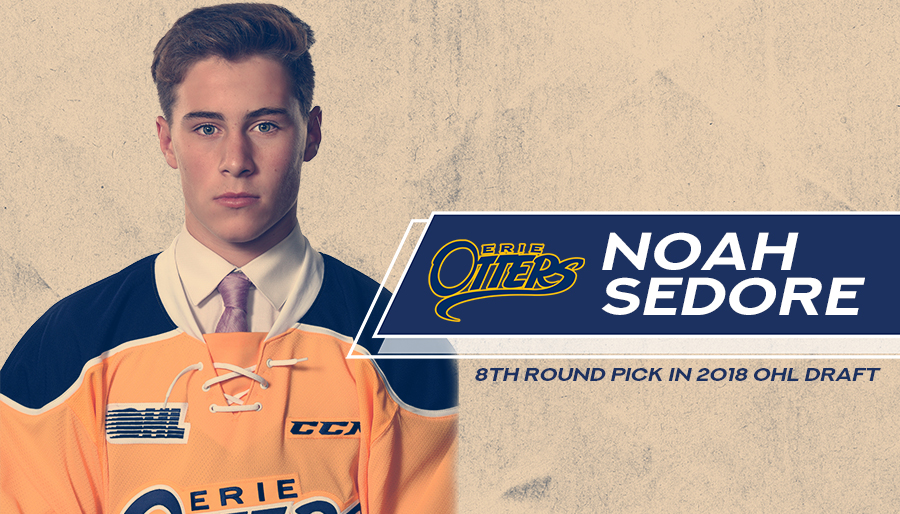 “Noah is fierce competitor who is driven to succeed and possess a unique ability to create and generate offense,” General Manager Dave Brown spoke of Sedore. “He’s a determined individual that will push the pace of the game and force opponents to compete at levels they often aren’t comfortable with. We’re thrilled to welcome Noah and the Sedores to the Erie Otters family.”

Sedore, a 5-foot-8, 160-pound forward, was selected by the Otters 144th overall in the 8th round of the 2018 OHL Priority Selection. The 16-year-old currently attends Ridley College where he’s appeared in 18 games for the Tigers between CISAA and MPHL play, accumulating 19 points (7G-12A) this season. The Sharon, Ontario native finished third in scoring last season with the Peterborough Petes minor midget AAA team recording 40 points (21G-19A) in 34 games played and tied for the team’s scoring lead at the 2018 OHL Cup with six points (3G-3A) in five games.

Single game tickets for the second half of the 2018-19 season are on sale now. Erie Otters season tickets and flex packages are also available and can be purchased in person at the Erie Otters front office located at 201 E. 8th Street in Erie, or by calling 814-455-7779. For the latest Otters news, visit www.ottershockey.com, or follow the team on Facebook (www.facebook.com/erieottershockey), Twitter (@ErieOtters) and Instagram (@ErieOtters).