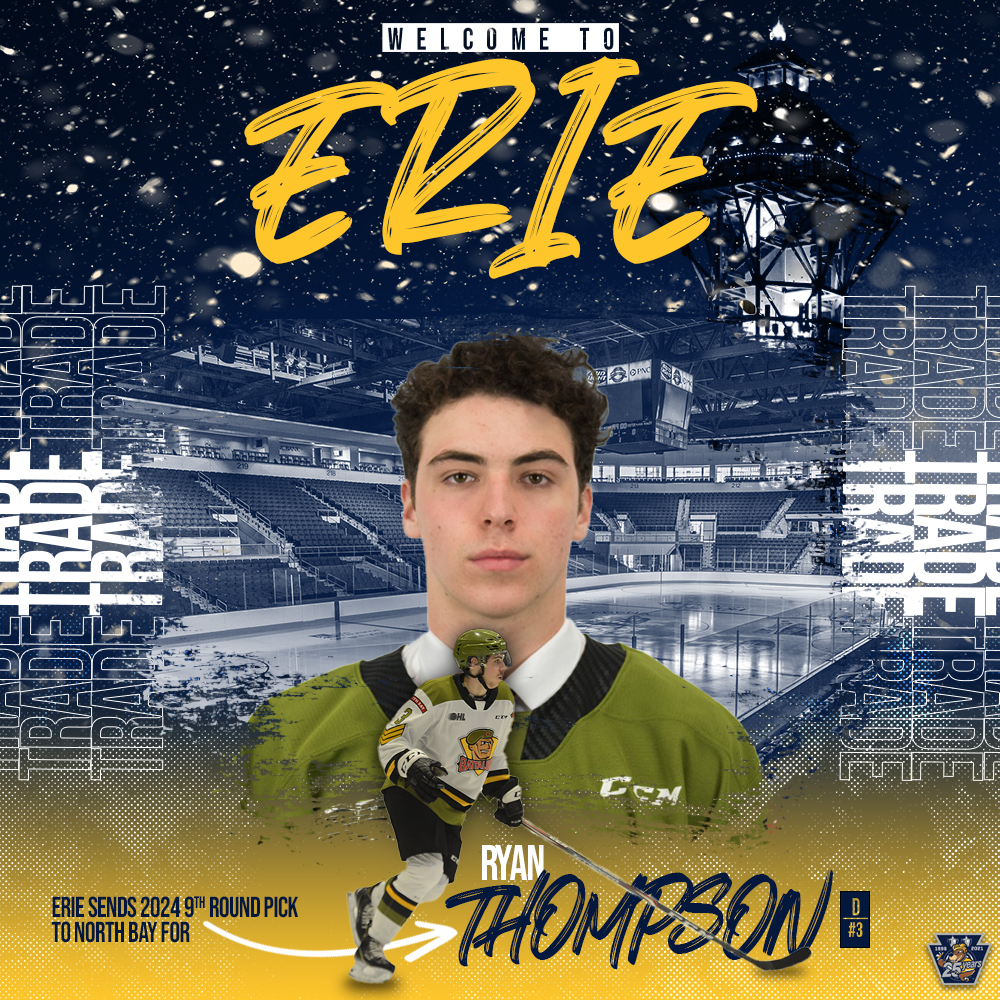 Erie, Pennsylvania – With the start of Training Camp just weeks away for the Erie Otters, the team has begun the acquisition of new pieces for the roster; today doing so in a trade with the North Bay Battalion.

Thompson, a big-bodied Mississauga-native, will play in his second Ontario Hockey League season in the 2021-22 campaign. In the 2019-20 season, the 18-year-old blueliner notched three assists and appeared in 43 games for the Troops.

“Ryan is a defenseman that our organization has always coveted,” said Brown. “His physical characteristics and abilities are something we are very excited to be adding to our defensive corps.”

At 6’2”, 184lbs, Thompson’s size will measure near the top of the Otters defensive unit.

The Otters organization proudly welcomes Ryan Thompson to Erie and to the team.