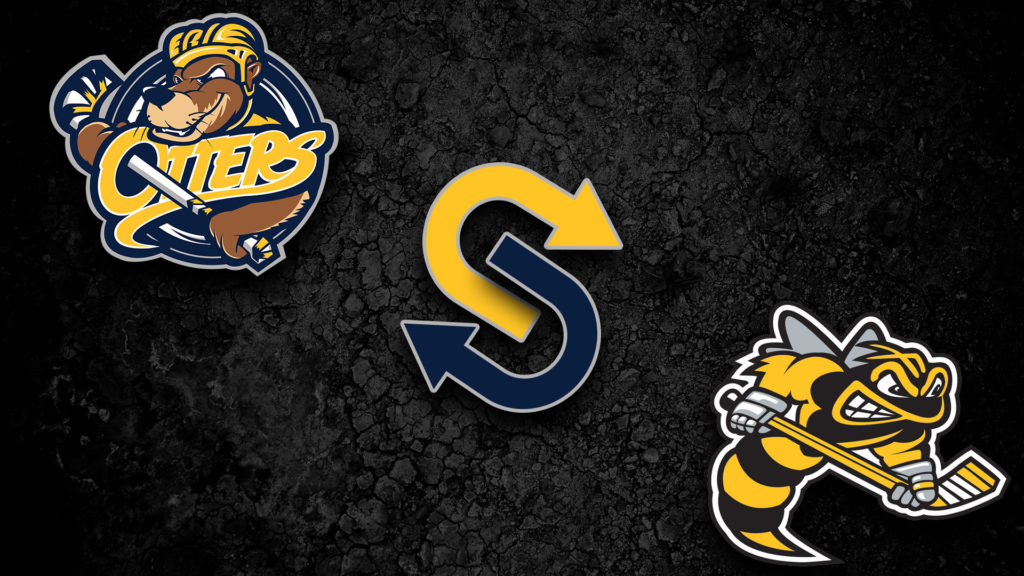 Erie, Pennsylvania – Erie Otters General Manager Dave Brown announced today that the team has acquired a 13th round pick from the Sarnia Sting in exchange for forward Joseph Mack.

Mack, a 6’2”, 192-pound forward, was originally selected by the Erie Otters 161st overall in the eighth round of the 2016 Ontario Hockey League Priority Selection. The New Hudson, Michigan native has appeared in 118 OHL games with the Otters posting 32 points (17G-15A). The 19-year-old had a career year in 2018-19 with 11 goals and 21 points while suiting up in 67 regular season games. In exchange the Otters will receive Sarnia’s 13th round selection in the 2021 OHL Priority Selection.

Dave Brown also announced that the team has waived overage defenseman Ryan Martin. A 20-year-old from London, Ontario, Martin appeared in 147 games for the Otters over the course of three seasons. The 6’0”, 197-pound blue liner added 27 points (5G-22A) and 48 penalty minutes during his Erie tenure and was part of the franchise’s 2017 OHL Championship squad.

The Erie Otters organization would like to thank Joe and Ryan for their contributions and dedication to the team during their time in Erie.

The Erie Otters kick off the 2019-20 season Friday, September 20th against the Sudbury Wolves, and the first 5000 fans in attendance will receive a t-shirt courtesy of Silkscreen Unlimited and UPMC. Single game tickets for the 2019-20 season are on sale now. Erie Otters season tickets and flex packages are also available and can be purchased in person at the Erie Otters front office located at 201 E. 8th Street in Erie, or by calling 814-455-7779. For the latest Otters news, visit www.ottershockey.com, or follow the team on Facebook (www.facebook.com/erieottershockey), Twitter (@ErieOtters) and Instagram (@ErieOtters).