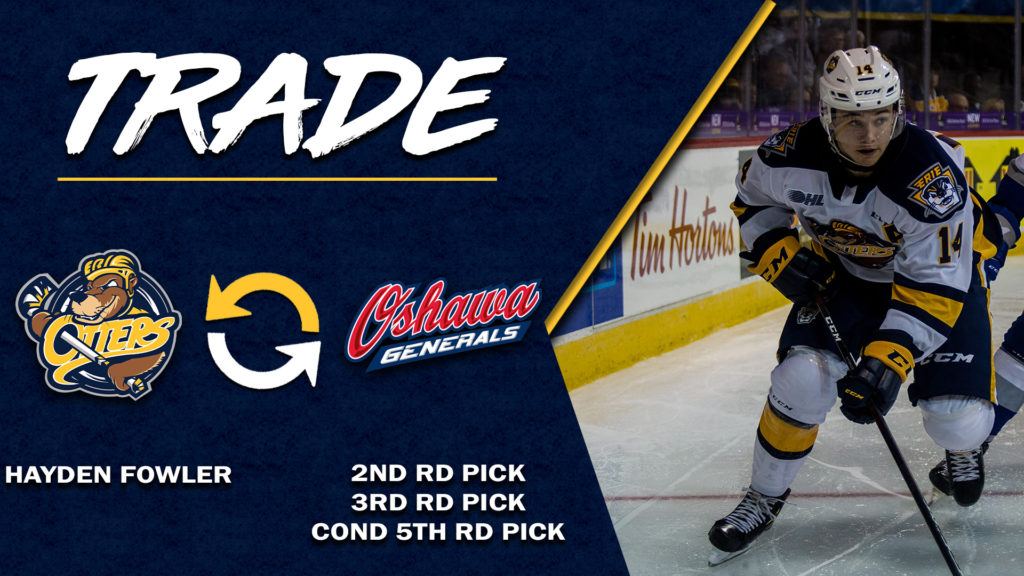 Fowler, originally the 19th overall pick of the 2017 OHL Priority Selection by the Sault Ste. Marie Greyhounds, came to Erie, along with nine draft picks, in the Taylor Raddysh and Jordan Sambrook trade with the Greyhounds in January 2018. The 18-year-old forward suited up in 105 games for the Otters in two and a half seasons, recording 82 points (38G-44A) and posted career high numbers in the shortened 2019-20 season with 42 points (20G-22A) in 52 games played. The Kingston, Ontario native is ranked 87th among North American skaters by the NHL Central Scouting Service for the upcoming NHL Entry Draft.

“It’s never easy for a young player to change teams in the middle of a year like Hayden did when we acquired him two and a half seasons ago,” said Brown. “Hayden came in and made an instant impact to the team as the franchise charted its next course towards the future, and we thank him for his dedication. We appreciate his contributions to the organization and wish Hayden the utmost success moving forward.”