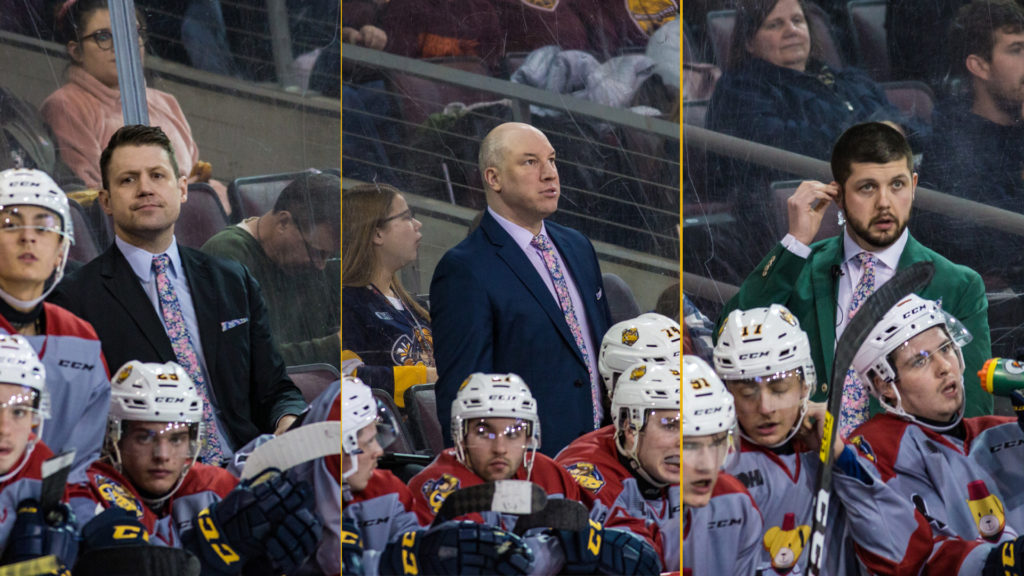 “Coaching can no longer be measured solely on wins and losses, as development on and off the ice at the OHL level has become imperative, and I appreciate the diligent efforts all three coaches have put forth each day in the past three seasons,” said Brown. “Their execution of the development plan for our players, while sticking to our organizational goals and objectives will no doubt return the organization to prominence. Coaching isn’t just about X’s and O’s. Coaching includes mentoring, nurturing, and parenting while sneaking in their systems and expectations, all the while trying to develop the player’s skill level. I think this staff does an exceptional job of executing this daily, and I look forward to working with our coaches as we continue to work towards our next major organizational accomplishment.”

“I am extremely pleased that we have been able to agree on contract extensions with our entire coaching staff,” Otters owner, governor and president Jim Waters said. “The development of our players, under the guidance of Chris, BJ and Wes, has been steady and resulted in making the playoffs this past season. I firmly believe that together with our general manger, Dave Brown, this leadership group can take the Erie Otters to the next level of success.”

Hartsburg, 39, recently completed his third season as Otters head coach, and holds a lifetime OHL record of 75-99-14-11 with a .440 points percentage during the organization’s rebuild period following the 2017 OHL championship. The 2019-20 campaign saw him guide the franchise back into the playoffs for the team’s 16th postseason berth in its history.

The Edina, Minnesota native took over as Erie’s bench boss in June 2017 following three seasons as head coach of the USHL’s Lincoln Stars, where he led his team to one of the largest turnarounds in Stars history with a 15-win, 28-point improvement during his second season for a second place finish in the league’s Western Conference in 2014-15. Hartsburg holds an all-time head coaching record of 168-182-22-17 for a .482 points percentage in six seasons at the helm of a junior hockey team.

Prior to becoming a head coach, Hartsburg served as an assistant coach for six seasons across three teams, including the Erie Otters in 2013-14, the WHL’s Everett Silvertips (2009-2013) and the CHL’s Colorado Eagles (2008-09). His playing career spanned six years in the professional ranks with the Colorado Eagles (2004-08) and Albany River Rats (2002-04) following his four seasons at Colorado College (1998-2002), where he was selected 214th overall by the New Jersey Devils in the seventh round of the 1999 NHL Entry Draft.

Joining Hartsburg behind the bench for the 2020-21 OHL season will be associate coach BJ Adams, which will mark his sixth year with the organization and fourth season as associate coach. Adams, 44, originally joined the Otters as an assistant coach managing the team’s defense and penalty kill in 2015. During his two seasons as an assistant, Adams helped the Otters to two straight Hamilton Spectator Trophies as regular season champions, as well as the J. Ross Robertson Cup as OHL League Champions in 2017. The Otters also finished second in the OHL in team defense in 2015-16 and 2016-17 while under Adams. In his five years guiding the Otters penalty kill, his specialty team group has finished as one of the OHL’s top-five units three times, including a fourth place ranking in 2019-20 following a success rate improvement of 14.4 percent while cutting power play goals allowed by nearly half from the previous season.

Prior to joining Erie, the Scarborough, Ontario native held a similar assistant coaching position at the NCAA collegiate level at Cansius College from 2009-2014. While there, Adams helped the Griffs win the 2013 Atlantic Hockey Championship with the Griffs holding the best scoring defense in the league and the third ranked penalty kill unit in the country. His playing career spanned ten seasons professionally, including time in the ECHL, IHL, CHL and UHL. He played at the collegiate level at Bowling Green State University, where he played from 1996-2000 and graduated with a bachelor’s degree in education.

Wes Wolfe, 30, will also return behind the team’s bench for his fifth year as an assistant coach with the organization beginning next season. The Niagara Falls, Ontario native continues to assist players on the ice with dedicated skill development programs he brought to Erie and has taken the lead in working with local schools to deliver positive, life skills messages through presentations involving Otters player participation.

Since joining the team in 2016, Wolfe has been instrumental in revamping the team’s analytic and video components through his background in analytical data systems that has further advanced the team’s player development philosophy. The year before joining the Erie organization, Wolfe served as head coach and assistant general manager of the St. Catherines Falcons of the GOJHL. 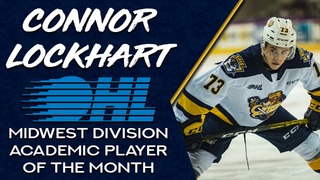