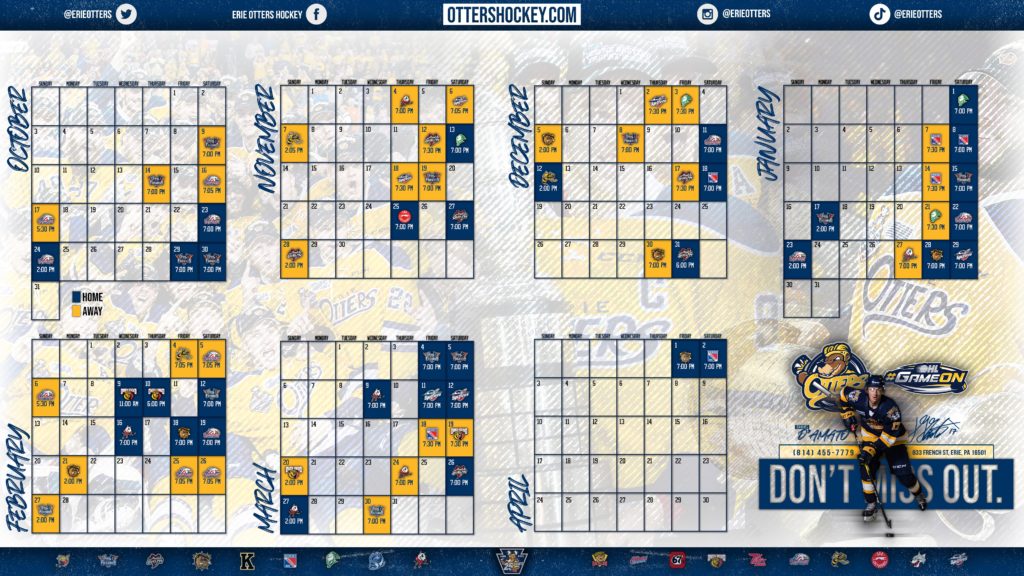 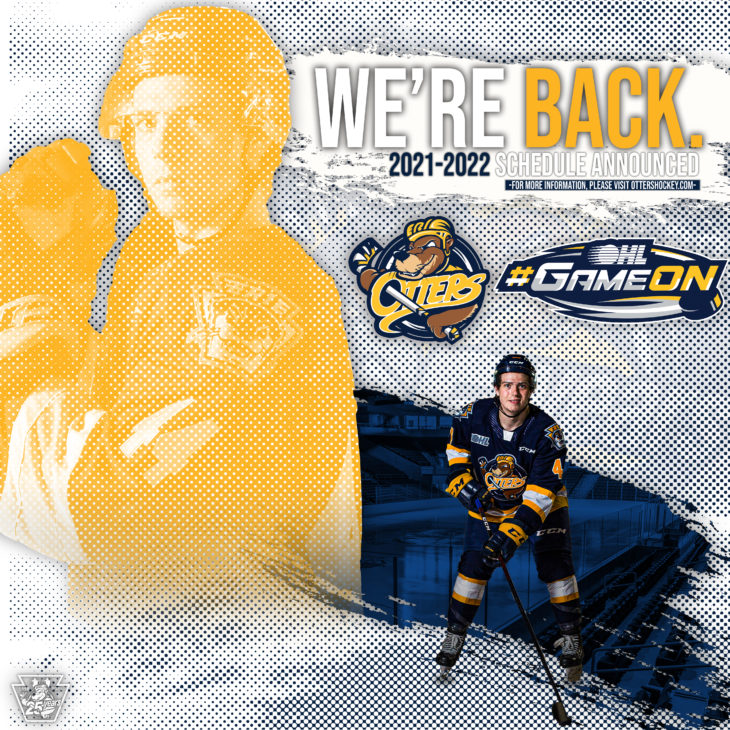 Divisional alignment remains the same for the 2021-22 OHL season with each of the League’s 20 member teams playing a 68-game schedule (34 home and 34 away) unbalanced schedule predominantly consisting of intra-conference play.  As a member of the OHL’s Western Conference, the Erie Otters will play an unbalanced schedule against teams from their Midwest Division opponents (Guelph Storm {6}, Kitchener Rangers {6}, London Knights {4}, and Owen Sound {4}) and the West Division (Flint Firebird {12}, Saginaw Spirit {12}, Sarnia Sting {4}, Soo Greyhounds {2}, Windsor Spitfires {6}).  Given Erie’s close geographic proximity of cross-conference member teams, cross-conference play will occur with the Niagara IceDogs and Hamilton Bulldogs six times each.  The number in brackets denotes the total number of games played both home and away this season.

“The League chose to return to play this year with a schedule that would provide all teams this optimum opportunity for success.  We largely modeled the structure of games after the NHL this season, consisting of mainly regional play long with reduced travel and costs,” said Commission David Branch in a League release today.

The Otters’ 21-22 home schedule at the Erie Insurance breaks down as follows: 17 Saturdays, seven Fridays, four Sundays, three Wednesdays, two Thursdays, and one Monday game.  Those games occur as follows: four home games in October, three in November,  four in December, eight in January, six in February, seven in March and two in April.

“The Erie Otters organization quite simply cannot wait for the 2021-2022 season to begin.  The last sixteen months have been extremely challenging for everyone.  580 days will have elapsed since the time our players last stepped off the ice on March 8, 2020, until we return on October 9th in Flint.  We cannot wait for our players to return to Erie and we look forward to celebrating our 25th anniversary season with the Erie community this fall,” said General Manager Dave Brown.

Flex plans information, single game ticket information and on-sale dates, along with the team’s promotional schedule will be announced over the next few weeks leading up to training camp.