Otters Bounce With 5-1 Win in Kitchener 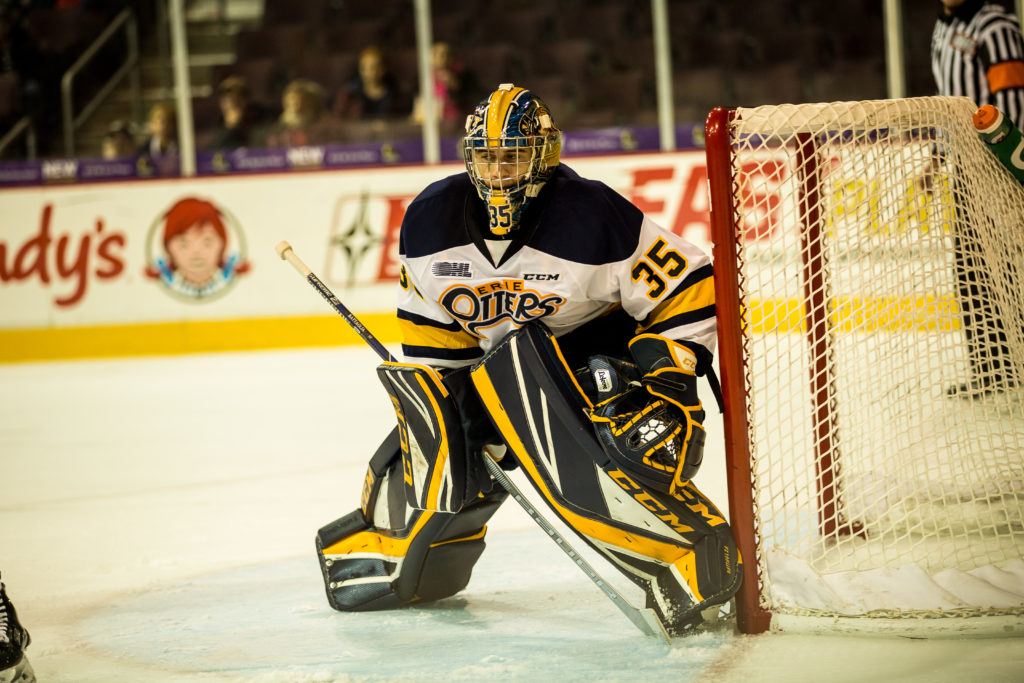 KITCHENER, ON – The Erie Otters headed to Kitchener on Friday evening hoping to bounce back from a tough loss at home on Thursday’s Thanksgiving Day game. Erie wasted no time getting on the board when Gera Poddubnyi netted a goal on the powerplay to put the away team ahead 1-0 early. This proved to be a first period trend, as the Otters added two more goals from Petr Cajka and Brendan Sellan to head into the first intermission ahead by three.

The Otter powerplay got back to work in the second with a Kyle Maksimovich goal where the puck banked off of a Ranger skate and into the net.  After a group of penalties, Kitchener responded with a 4-on-4 goal from Alexey Lipanov that sent the teams into the third separated by three goals.

Erie kept things rolling in the third with an early goal from Petr Cajka. The Rangers continued to pepper Erie goalie Noah Battaglia, but the rookie held strong and the Otters took this one 5-1 on the road.

The Otters will return home Saturday night when they take on the Peterborough Petes at 7PM.