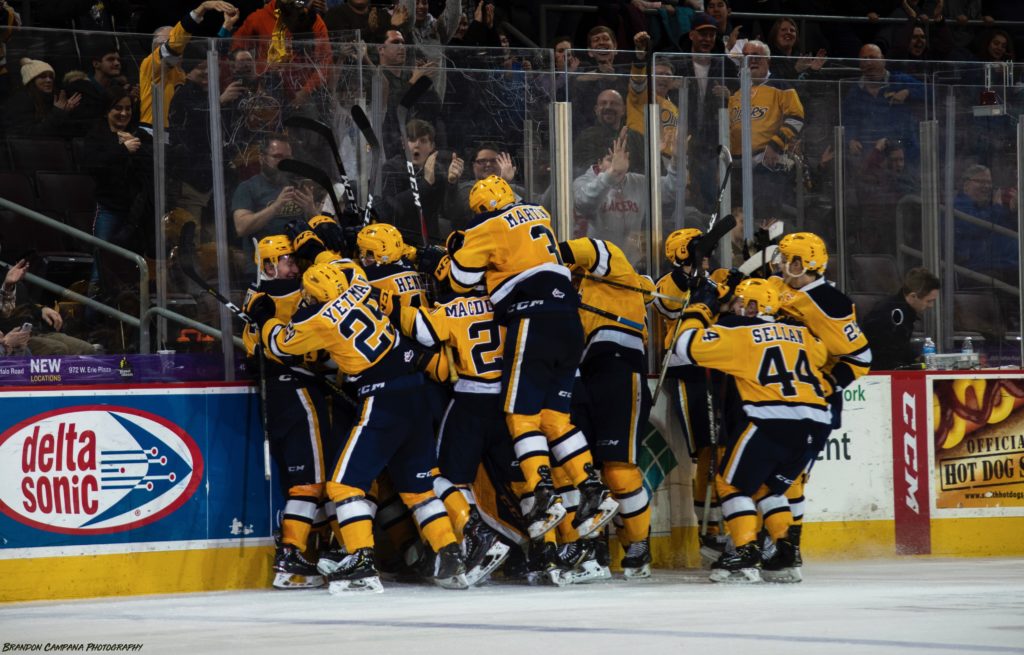 ERIE, PA – The Otters took to home ice on Saturday night against the Windsor Spitfires, who entered the game ahead of Erie by three points for the final playoff spot in the Western Conference. Windsor opened the game with a pair of goals from Chris Playfair and Jordan Frasca to put them ahead 2-0 after one period of play.

In the third, Erie marched back and tied it up with goals from Brendan Hoffmann and Emmett Sproule, the ninth of the season for both players. The teams traded opportunities until the final moments, and the Otters headed to overtime for the second night in a row to decide a winner.

In overtime, each side had opportunities to score, but neither could convert, and a shootout was required to break the deadlock.  In the shootout, Windsor would score twice with goals from Chase Campbell and Luke Boca, but it would be Erie who would win in the ninth round, with scoring from Chad Yetman, Brendan Sellan, and Emmett Sproule.

Erie will travel to Kitchener to take on the Rangers Tuesday evening at 7:00PM.