Otters Come Back, but Fall 4-3 in OT to Storm 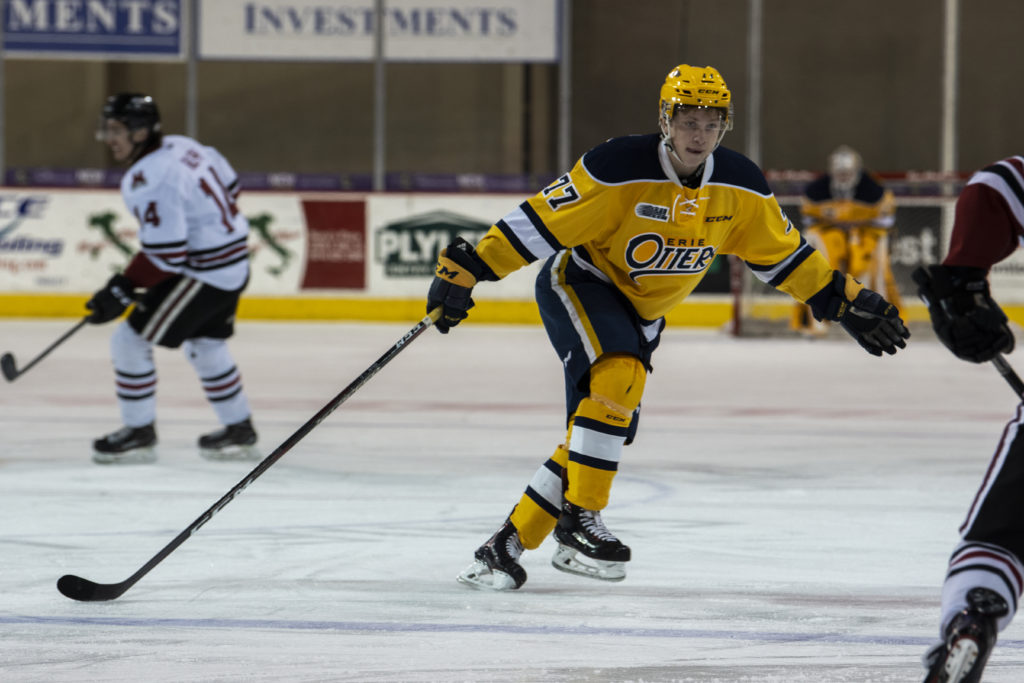 ERIE, PA – The Otters returned to Erie Insurance Arena on Wednesday to take on the Guelph Storm for the fourth time this season. After minutes of back and forth action, Mathew MacDougall broke open the scoring for Erie with his 13th of the season, but was answered in under a minute by Isaac Ratcliffe, who tied it up for Guelph. Moments later, Guelph would add another from Zachary Roberts and would end the period with a tally from Dmitri Samorukov for a two goal lead.

In the second, Erie began their comeback bid with a goal from Joe Mack, where the forward deflected a shot from rookie defensemen Jamie Drysdale for his ninth of the season.
In the third, Erie found their tying goal with just under two minutes to play, coming from Max Golod in a 6-on-5 opportunity with the net empty. In overtime, Cedric Ralph scored just a minute into the frame to earn the extra point and win the game for the Storm.

The Otters will look to bounce back at home on Saturday evening, when they take on the Sarnia Sting at 7PM from Erie Insurance Arena.
Single game tickets for the 2018-19 season are on sale now. Erie Otters season tickets and flex packages are also available and can be purchased in person at the Erie Otters front office located at 201 E. 8th Street in Erie, or by calling 814-455-7779. For the latest Otters news, visit www.ottershockey.com, or follow the team on Facebook (www.facebook.com/erieottershockey), Twitter (@ErieOtters) and Instagram (@ErieOtters)