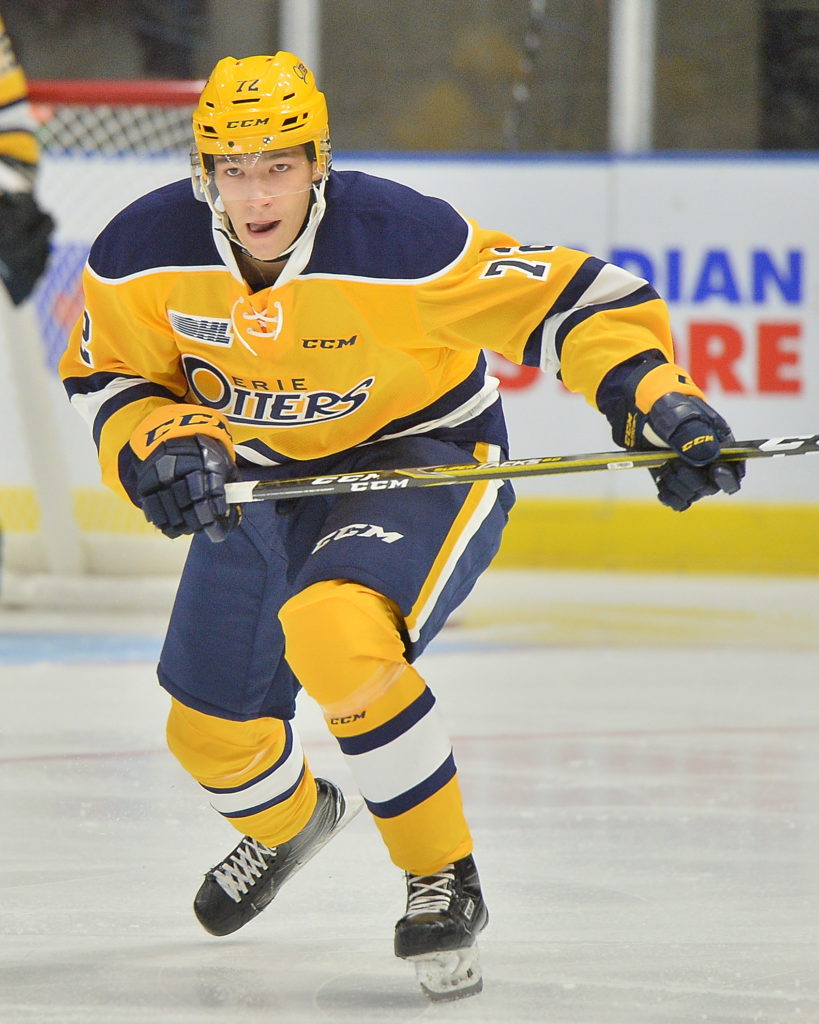 KITCHENER, ON – The Otters were back in action on Tuesday night in Kitchener, where they took on their division rival Rangers. The teams traded opportunities throughout the opening period, but neither side could break the ice and headed to the first intermission scoreless.

Early in the second, Petr Cajka scored his seventh goal against the Rangers this season to put the Otters ahead. This lead would hold up for the majority of the period, until Eric Guest found the back of the net to tie it up with under six minutes remaining in the period.  Erie would fire right back and close out the frame with a pair of goals from Alex Gritz and Chad Yetman to enter the final period ahead 3-1.

In overtime, Erie peppered Luke Richardson with ten shots, but the Kitchener goaltender stood tall and sent the game to a shootout to decide a winner. In the shootout, Greg Meireles scored first in the second round, but Gera Poddubnyi and Petr Cajka would score the game’s final two goals to give the Otters their second straight shootout win.

The Otters will be back in action Friday evening when they travel to London to take on the Knights at 7:30PM.