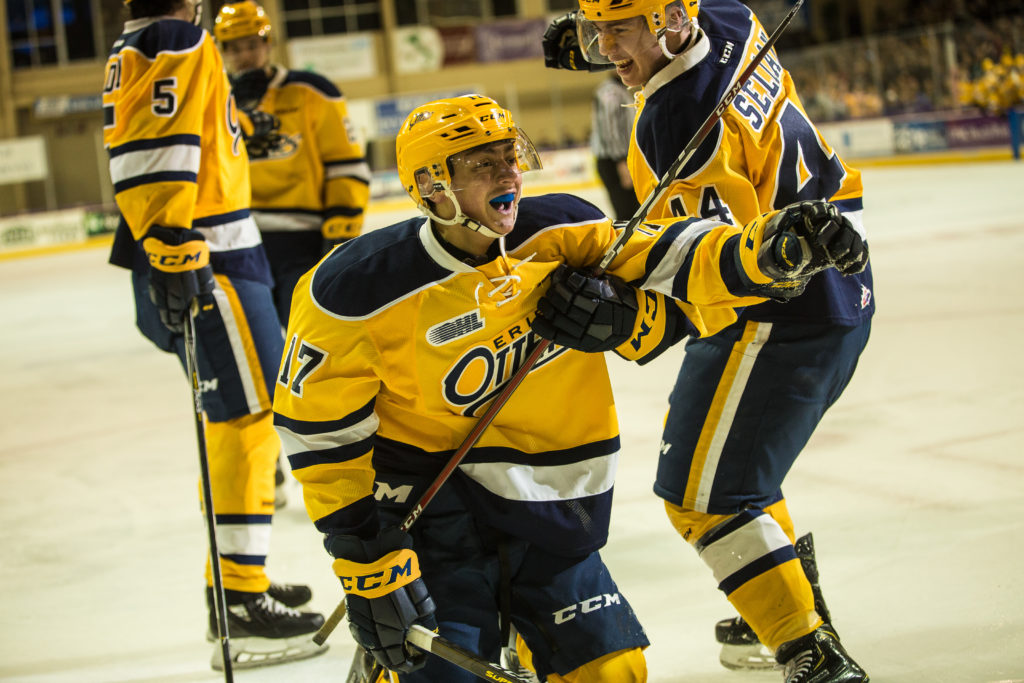 ERIE, PA – The Otters took to home ice against the Owen Sound Attack for the second night in a row on Saturday evening, hoping to make it four straight wins for the club.  Owen Sound struck first with a Barret Kirwin goal, putting them ahead 1-0 after one period of play.

In the second, Erie scored twice within 16 seconds to elevate themselves ahead 2-1, with Mathew MacDougall scoring his first as an Otter, and Emmett Sproule adding the second. Owen Sound would answer only minutes later with a goal from Aidan Dudas to even the scoring at two.

In the final period, Daniel D’Amato put the Otters back in the lead, ricocheting a shot off of the back of Owen Sound goaltender Mack Guzda.  The Attack answered with heavy offensive pressure and an empty net, but could not get the job done, and the Otters won their fourth straight game 3-2.

The Otters will travel to Oshawa where they will take on the Generals tomorrow evening at 6:05PM