Otters Down Greyhounds 3-2 in Shootout to End Weekend Roadtrip 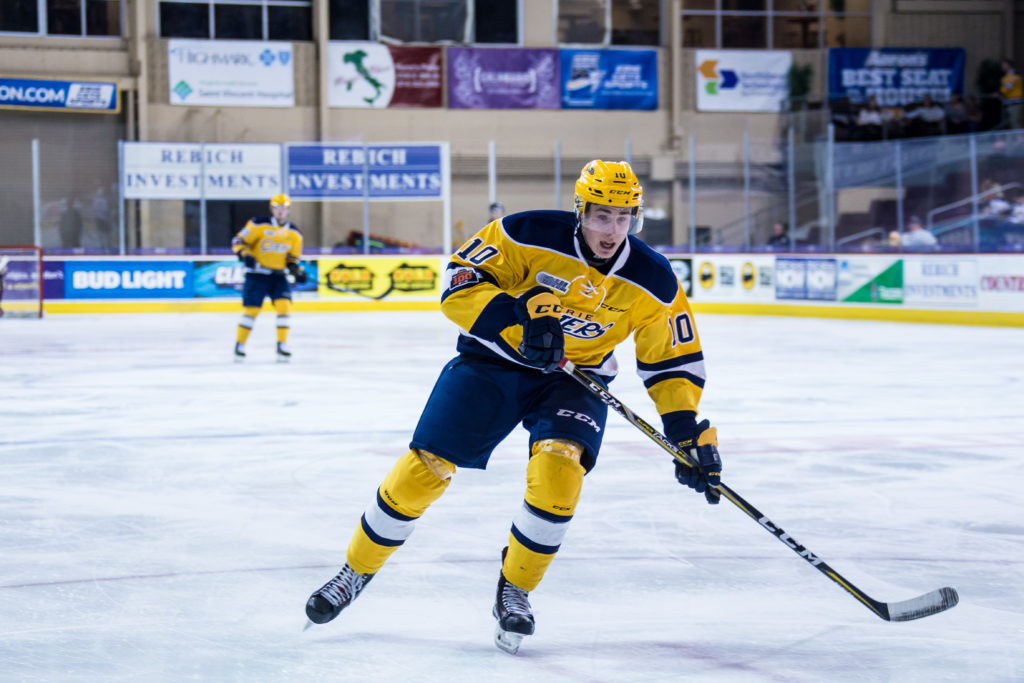 SAULT STE. MARIE, ON – The Otters finished their 3-in-4 weekend in Sault Ste. Marie on Sunday afternoon, where they took on the Western Conference leading Greyhounds.  The Otters weathered heavy offensive pressure in the opening minutes of the game, until Emmett Sproule picked up a loose puck in front of the goal and buried it to put Erie ahead 1-0 heading into the intermission.

In the second period, Mac Hollowell scored on a powerplay chance and evened the scoring at one. This proved to be a trend as each team would capitalize on powerplay chances in the closing minutes of the period with goals from Kyle Maksimovich and Keeghan Howdeshell, and the teams entered the final frame tied at two.

The third period provided no scoring for either side and the teams headed to overtime.  In overtime, the teams traded legitimate scoring opportunities but failed to convert, so a shootout was required to decide on a winner.

In the shootout, Daniel Murphy stopped three of five attempts, and the Otters converted with goals from Maksimovich, Golod, and Poddubnyi to beat the Greyhounds 3-2 in five rounds.

The Otters will head back out on the road next weekend when they take on the Owen Sound Attack on Saturday night at 7:30PM.

Single game tickets for the 2018-19 season are on sale now. Erie Otters season tickets and flex packages are also available and can be purchased in person at the Erie Otters front office located at 201 E. 8th Street in Erie, or by calling 814-455-7779. For the latest Otters news, visitwww.ottershockey.com, or follow the team on Facebook (www.facebook.com/erieottershockey), Twitter (@ErieOtters) and Instagram (@ErieOtters).