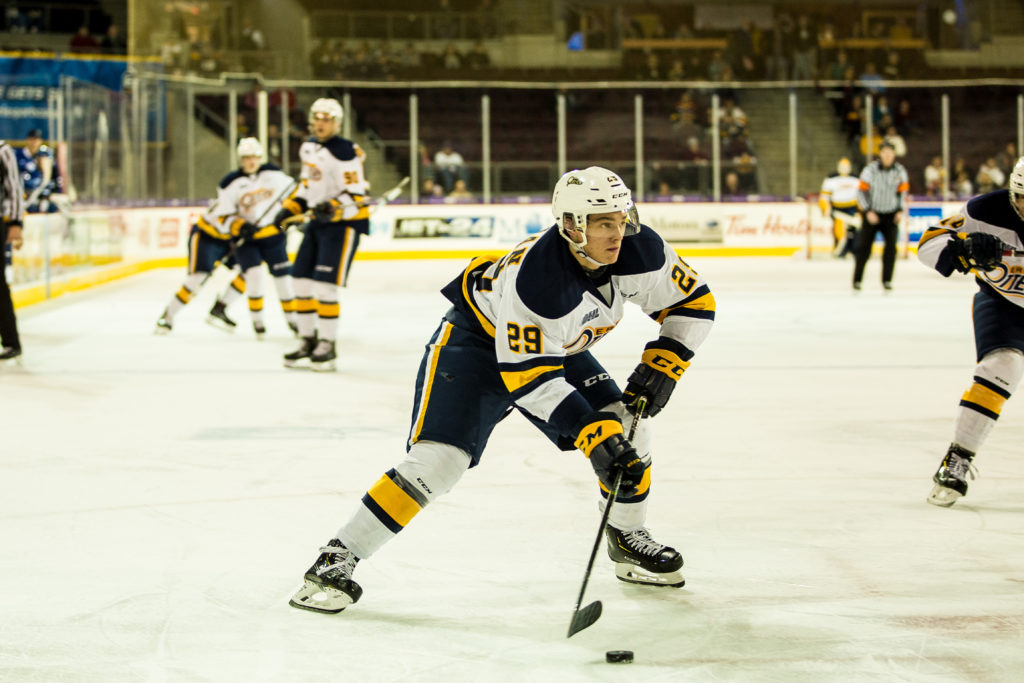 OWEN SOUND, ON – The Otters traveled to Owen Sound on Saturday, where they took on the Attack for the sixth and final time of the season. The Attack began the game wasting no time, with a goal just 49 seconds in to go ahead early, but Erie would answer with a goal from Mathew MacDougall to tie it up just minutes later.  Jacob Golden found the back of the net for the first time as an Otter and Aidan Dudas added a late goal for Owen Sound and the teams headed into the first intermission tied at two.

In the second, Barret Kirwin scored the lone goal of the frame to put the Attack back ahead 3-2.

In the final frame, Emmett Sproule found the back of the net on an opportunity coming out of the penalty box, and Joe Mack added another to put the Otters ahead once again. Erie fought off the heavy Attack for as long as they could, but Sergey Popov broke through for game tying goal with under three minutes to play.

In overtime, Chad Yetman found the game winning goal on a 4-on-3 powerplay with only 14 seconds remaining in the frame.

The Otters will be back in action at Erie Insurance Arena on Wednesday night when they take on the Guelph Storm at home at 7:00PM.