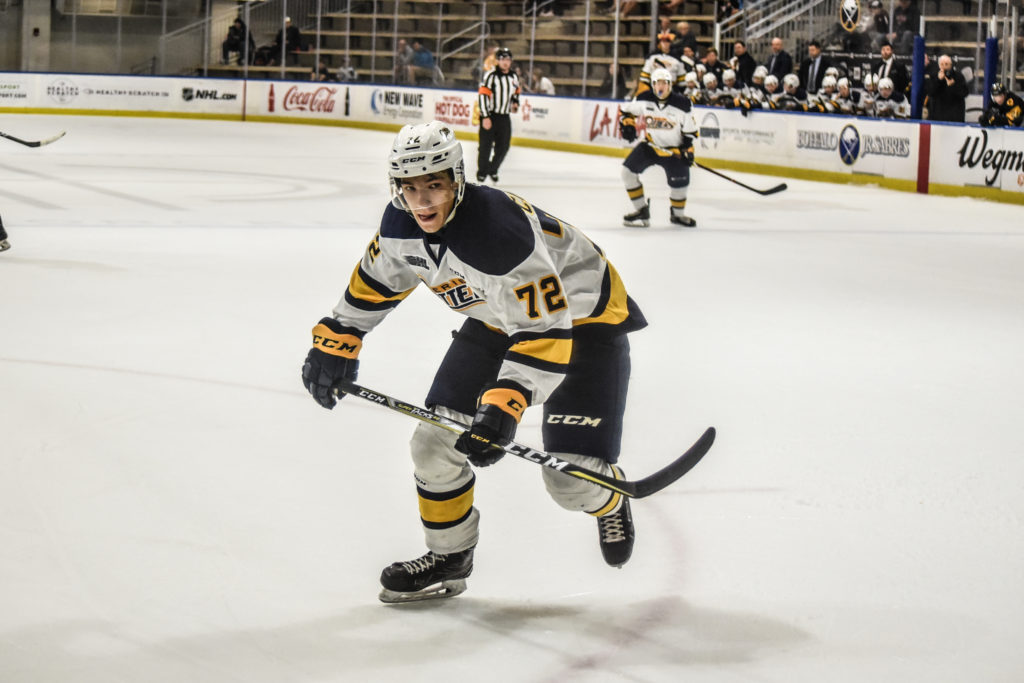 OWEN SOUND, ON – The Otters took on the Attack Sunday afternoon in the second of a back-to-back weekend in Owen Sound after falling 4-0 on Saturday evening.  Things got going again for the home team when a Carter Robinson shot from the point found its way past Daniel Murphy, and the Otters found themselves trailing again after one period despite encouraging offensive chemistry throughout the opening frame.

The Otters opened the second period killing a powerplay after an early Slashing call to Emmett Sproule.  They were able to fend off the Attack until their third powerplay opportunity of the period, when Kevin Hancock found the back of the net to extend the Attack lead to two. Things continued to get worse for Erie when a puck deflected off of Nick Suzuki’s skate and into the goal behind Murphy to make the score 3-0 heading into the final intermission.

The Third period opened with a number of penalties to each team, and the Attack capitalized with their third powerplay goal of the game – once again coming from Kevin Hancock. The Otters were able spoil the weekend shutout with a late pair of Petr Cajka goals, and the Attack finished the game winning by two.

The Otters will return home on Wednesday when they will take on the Kitchener Rangers at 11:00AM.