Otters Fall 5-3 to Saginaw at Home 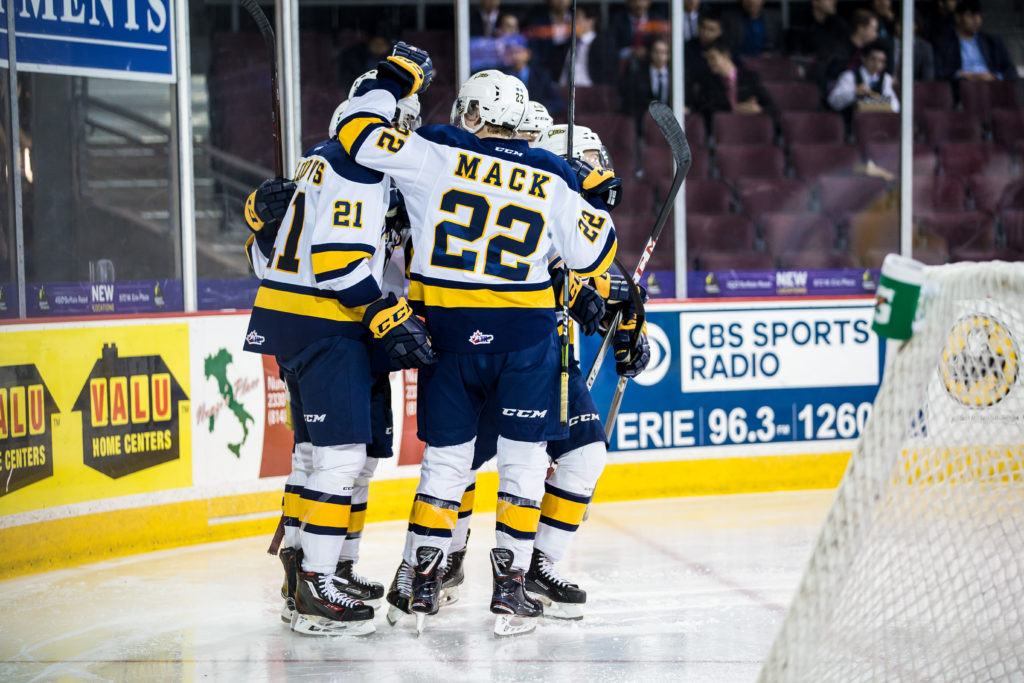 ERIE, PA – The Otters played the second of their back-to-back homestand on Saturday night against the Saginaw Spirit. Petr Cajka began the scoring just a few minutes in, chipping a loose puck over the pad of Spirit goaltender Tristan Lennox. Saginaw tied it up moments later with a Cole Coskey powerplay goal coming nine seconds into their first opportunity to even the game up going into the intermission.

In the second, Damien Giroux scored on another powerplay for Saginaw to pull the Spirit ahead early in the period.  Blade Jenkins kept things going just minutes later with a goal of his own to extend the lead to two. Shortly after an Erie timeout, Joe Mack cut the Spirit lead to two with a goal from right outside the goal crease.
Erie continued to fight back in the third, with a shorthanded goal coming from Gera Poddubnyi that brought the Otters within one. Only seconds later, however, Nicholas Porco extended the lead back to two goals to secure the victory for the Spirit.

The Otters will head to Windsor on Thursday to take on the Spitfires at 7:05PM