Otters fall 5-4 in Overtime in Peterborough 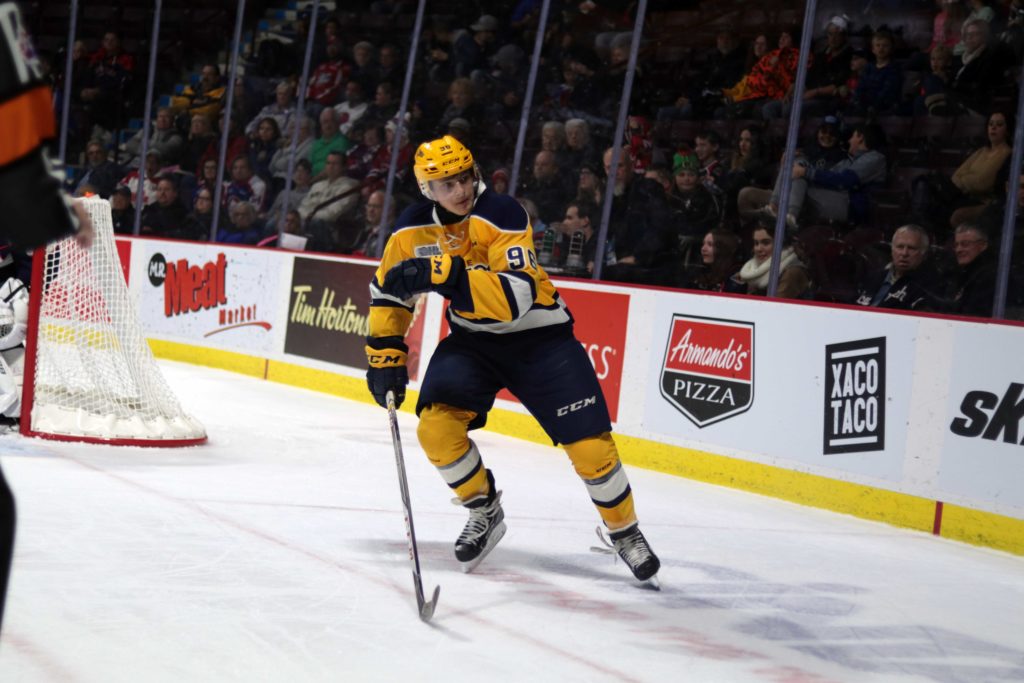 PETERBOROUGH, ON – The Erie Otters fell 5-4 to the hometown Peterborough Petes in overtime on Thursday night.

The first period began with a quick backhand goal from Chad Yetman, to put the Otters ahead and give the struggling offense something to build upon. This was immediately followed by a powerplay chance when a Pete defender flipped the puck over the glass for a delay of game.  A scrum with the puck in front of Peterborough goalie Tye Austin (making his OHL debut) trickled behind him to put the road team up to and early 2-0 lead. The Otters were given another powerplay chance after this, but weren’t as lucky on this opportunity. Around the 2-minute mark, Pavel Gogolev picked up some speed, weaved through a few Erie defenders, and wristed one past Murphy to cut the lead to one entering the first intermission.

The second period opened with a pair of goals, much like the first.  This time, the goals were split between the teams, with Paquette and Henry scoring.  The first, from Paquette was a shot off of the pads of Erie goalie Daniel Murphy that went in off of an Otter skate.  This was immediately followed by the Kurtis Henry goal, where the defensemen scored on a slapshot from the point. Later on in the period, the game was tied up by Cameron Butler on a breakaway goal, beating Murphy with a wrist shot over his left shoulder.  This was answered yet again by an Erie goal, when Gera Poddubnyi found Kyle Maksimovich in front of the net on a fumbled puck by the Peterborough goalie. Soon after on a Peterborough powerplay, Chris Paquette scored on a one-timed slapshot to tie the game back up at 4 heading into the final frame

The final period began with each team trading chances, but each came up short.  This turned to be an ongoing theme of the final stanza, with each team failing on the powerplay as well as even strength, and the game ended tied after three periods.  Overtime saw its fair share of scoring chances as well, and Adam Timlick eventually scored on a 2-on-1 to win the game for Peterborough.

The Otters will look to bounce back tomorrow night in Kingston where they will take on the Frontenacs at 7:00 PM

For more information on the Erie Otters and for media inquiries, please contact Aaron Cooney ataaron@ottershockey.com.