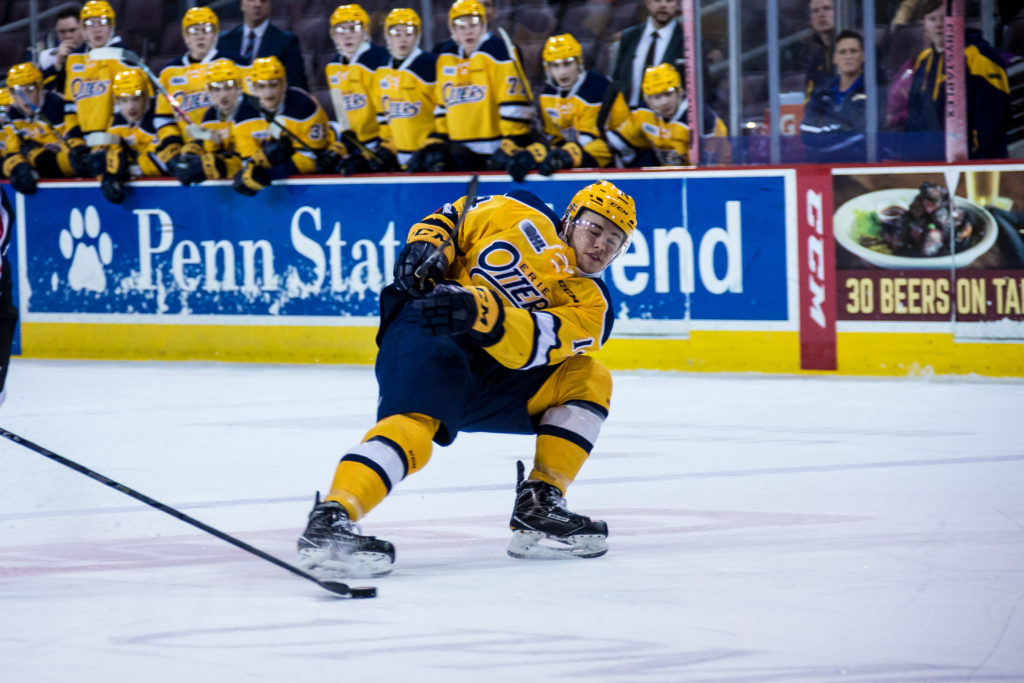 ST. CATHARINES, ON – The Erie Otters were on the road Thursday night, taking on the Niagara Icedogs from the Meridian Centre in St. Catharines. Niagara wasted little time and got on the board in under two minutes with a goal from Kirill Maksimov. They would find the back of the net twice more in the first period, with goals coming off the stick of Drew Hunter and Akil Thomas.

In the second, Erie forward Hayden Fowler put the Otters on the board with his fifth goal of the year in his first game back after missing 41 games with a fractured clavicle. Niagara would answer with three goals from Ben Jones, Akil Thomas, Oliver Castlemen, and extended the Niagara lead to five. Gera Poddubnyi would find the back of the net for Erie to cut the lead, but Philip Tomasino answered to restore the five goal lead for Niagara.

In the third, Erie found scoring from Mathew MacDougall and Joe Mack to come within three, but their comeback bid would fall short and they would drop this one 7-4 to the IceDogs.

The Otters will travel to Kitchener where they will take on the Rangers Friday evening at 7:30PM.