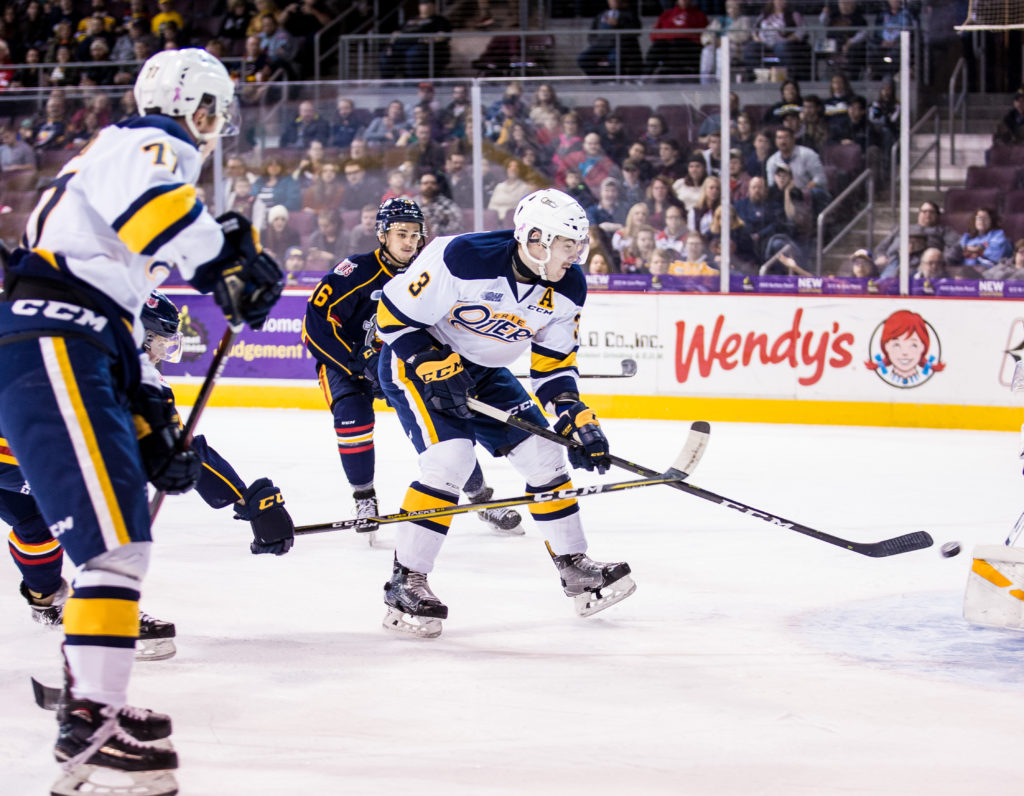 ERIE, PA – The Otters returned home on Thursday to take on the Barrie Colts in the annual Thanksgiving Day game.  Things got going just six minutes in when Danial Singer found the back of the net for his third of the year, putting the Otters ahead early. Erie kept things rolling on the powerplay with a goal from Chad Yetman, and Barrie quickly closed the gap with a goal from Tyson Foerster.  Erie showed no signs of letting this slow them down when Ryan Martin broke through the Barrie defense and netted his second of the year. On a late period 5-on-3 chance, Barrie forward Ben Hawerchuk found the back of the net and the teams headed into the intermission separated by a goal.

In the second, Barrie took the lead with early goals from Ben Hawerchuk and Tyler Tucker. Things got worse for Erie when the lead was extended to two on an Aidan Brown breakaway tally, but was quickly alleviated by a Gera Poddubnyi goal on a 5-on-3 opportunity, and the Otters headed into the final period trailing by one.

The third period began with a quick goal from Jacob Tortora, extending the Barrie lead back to two goals. After a Barrie goal was called of for offsides, Gera Poddubnyi tallied his second of the game to bring Erie within one. This proved to be too little too late, as Barrie would add a goal in the final minute to produce a final score of 7-5.

With his assist on Gera Poddubnyi’s second period goal, Kyle Maksimovich elevates himself to sole possession of 7th place on Erie’s all-time scoring list with 254 points.