Otters Fall to Knights 3-1 at Home 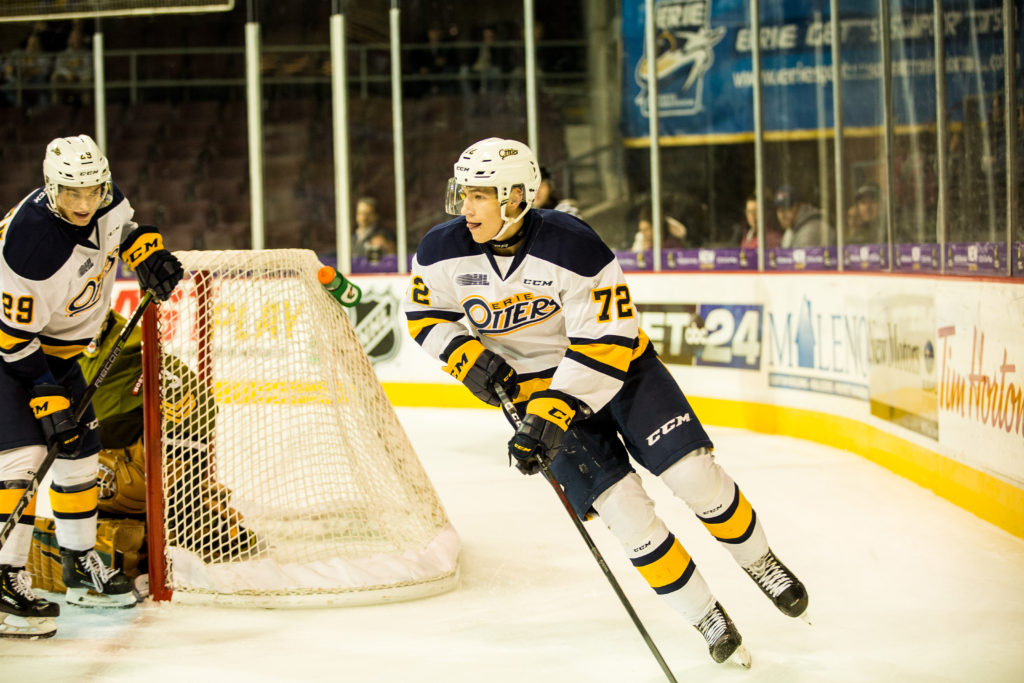 ERIE, PA – The Erie Otters were back in action on Sunday afternoon, when they took on the London Knights for the sixth and final time of the season. London began the game with heavy offensive pressure, and opened the scoring with Adam Boqvist’s 19th of the season for the lone goal of the first period.

Early in the second, Petr Cajka got the Otters on the board with his 20th of the season, tying the game at one.

In the third, Antonio Stranges netted his 13th of the year to give London a 2-1 lead.  In the closing moments of the game, London was given a powerplay opportunity, on which Alec Regula sent the puck into the empty Erie net to seal the 3-1 victory for the Knights.

The Otters will be back in action on Thursday evening, when they travel to Niagara to take on the IceDogs at 7PM.