Otters Fall to Niagara 6-3 at Home 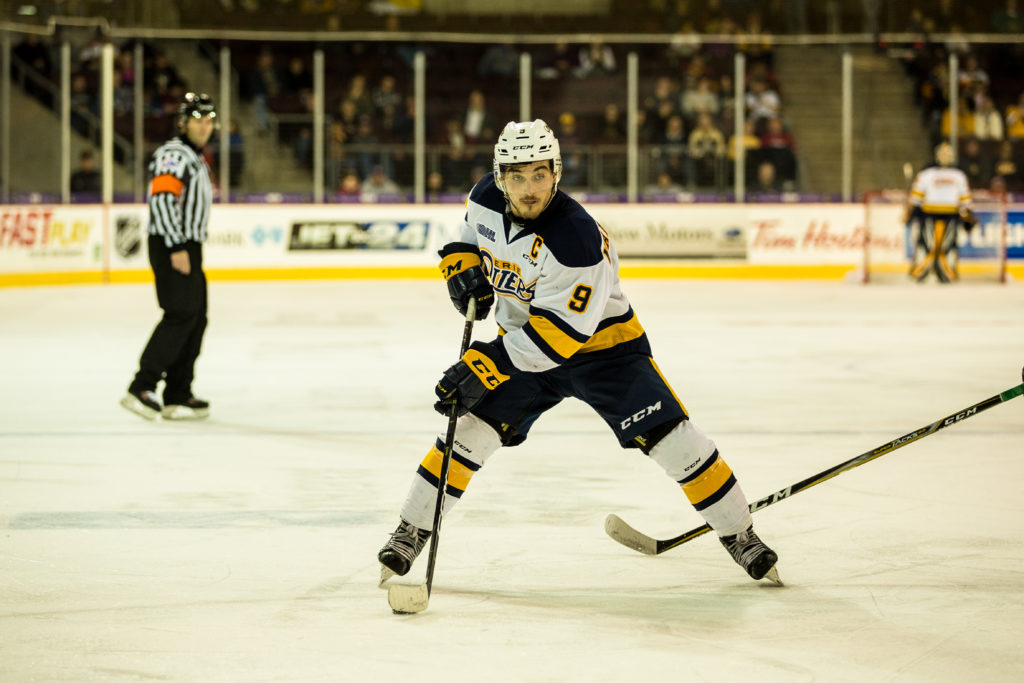 ERIE, PA – The Otters took to the ice Saturday night against the Niagara Ice dogs in the first of back to back home games.  After each team failed on early powerplay chances, Drew Hunter broke through and found the back of the net to put the Ice Dogs ahead by one heading into the first intermission.

In the second, Bradey Johnson found the back of the net and extended the IceDog lead to two despite heavy pressure from the Erie front.  The Otters continued to pepper Niagara goaltender Stephen Dhillon with shots, but could not find the back of the net, and the teams entered the final period separated by two goals.

The third period opened with another Niagara goal, this time from Philip Tomasino. Erie finally broke through and scored on a powerplay goal from Kyle Maksimovich, but were quickly silenced with another goal from Tomasino to extend the Niagara lead back to three. The Otters responded quickly with three quick goals from Brendan Hoffman and Gera Poddubni, making it a one goal game. Erie’s newfound momentum was quickly suppressed by two empty net goals from the IceDogs to make a final score of 6-3.