Otters Find Offense, but Fall Short 4-3 to Saginaw at Home 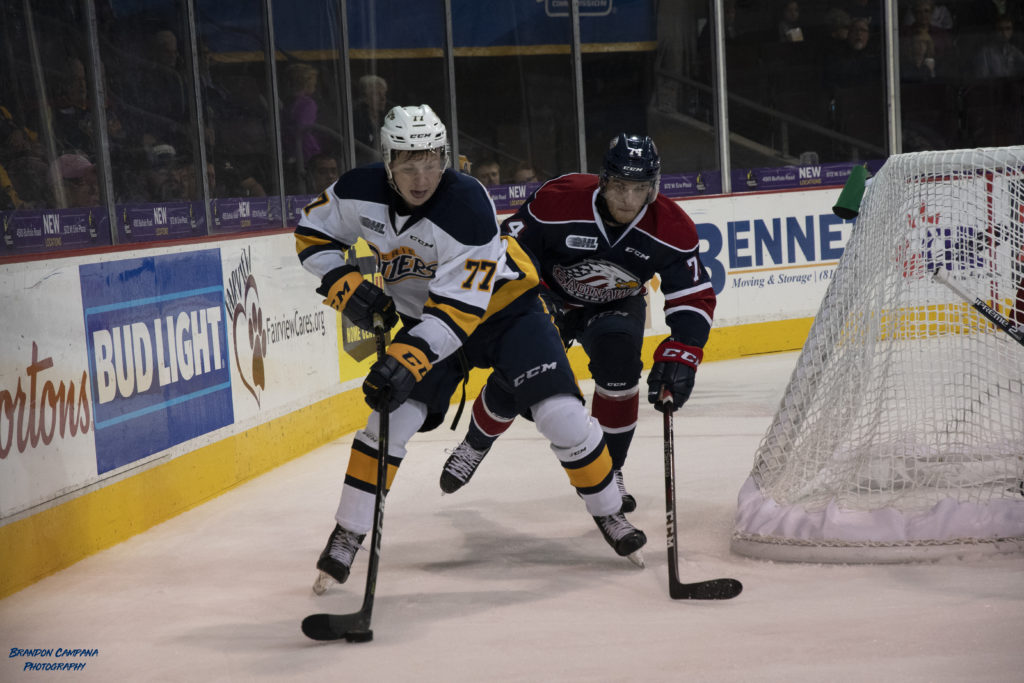 ERIE, PA – The Otters played at home for the second night in a row, hoping to turn a new leaf and rediscover their game. They were given an early opportunity to do just that, as Saginaw forward Aidan Prueter was sent to the box for checking from behind, but were unable to connect on the chance. Near the midpoint of the period, the Spirit saw their first powerplay chance on a Hayden Fowler blindsiding penalty, but were unsuccessful as well.

The Spirit opened the second stanza with all guns firing, and Nicholas Porco managed to put two pucks behind Erie goalie Noah Battaglia in just the first three minutes. Minutes later, an Emmett Sproule goal off of a Christian Girhiny feed cut the Spirit lead to one as the team began to find a bit of offensive momentum, despite the Spirit answering quickly with a DJ Busdeker goal. This continued late into the period when Gera Poddubnyi scored on a powerplay wrist shot to make it a one goal game heading into the intermission.

The third period began with the Otters getting an early 2-on-0 chance that supplied Petr Cajka with his first OHL goal, also tying the game at three. This lasted only a few minutes, as Damien Giroux found the back of the net to put the Spirit back on top with still lots of time on the clock. The Otters held their own in the offensive zone for the majority of the period, but ultimately came up short on a number of chances and dropped their fourth straight game, 4-3 the final score.

The Otters will look to bounce back this Thursday night in Peterborough, where they will take on the Petes to kick off a three-game road trip.