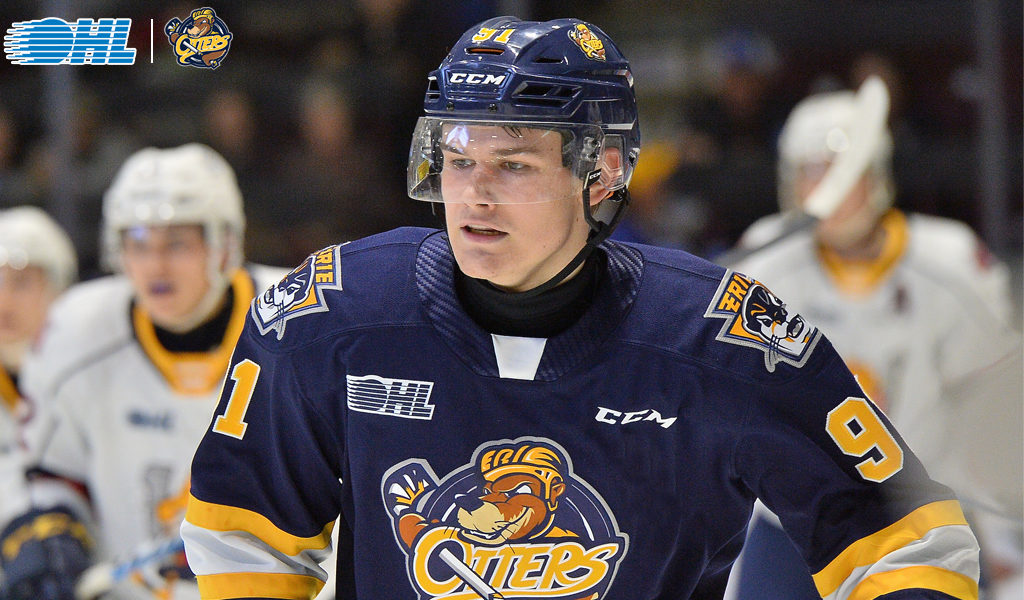 Having a large platform as an OHL player is something Brendan Hoffmann isn’t taking for granted.

Using that platform for good is important to the 18-year-old Erie Otters winger, as is raising awareness and funds for a cause that hits home, which is why last month he teamed up with the local ALS Association of Western Pennsylvania to raise funds and awareness.

After a family friend was diagnosed with ALS, Hoffmann witnessed the toll it started to take on her and was inspired to try to help in any way he could.

“When you see the effect is has on not only their physical health but their emotional and mental health as well, it definitely makes you want to do something about it,” he said.

In partnership with the ALS Association of Western PA, and in honour of all the strong men and women who battle ALS, for this week I will be starting a GoFundMe to which you can donate until June 21st, which marks National ALS Awareness day. The link for donation is in my bio pic.twitter.com/WOWbjYHlEf

“It’s not just the person themselves who goes through it it, you also have their family, their extended family, their friends. And it hurts to see someone have the joys of life taken away from them.”

With the help of Otters Director of Marketing Aaron Cooney, Hoffmann partnered up with ALSWPA to start a week-long GoFundMe seeking donations up until National ALS Awareness Day on June 21st. During each day of the fundraiser, he completed a series of exercises while challenging others to take part as well. For every “like” he received on his social media posts up to 5,000, he made a personal donation of 50 cents. With a goal in mind of raising $1000, Hoffmann was impressed when donations more than doubled at $2,178.

Now, he has plans to do even more and even expand his involvement into other spaces that seek funding and awareness.

“I’d like to have a foundation with ALS and definitely plan on doing more with them in the coming future,” he said.

“I had an aunt that I never met who she was diagnosed with breast cancer when she was in her mid-twenties. Breast cancer would also be something I’d like to help with.”

Last week we mentioned @9Hoff1‘s campaign to raise awareness of ALS and his fundraiser for @TheALSAWPA. We’re happy to pass along Brendan’s message to everyone who assisted his campaign as he raised over $2,000 for @TheALSAWPA! The organization is very proud with his efforts! pic.twitter.com/ARxJhwlES6

When it comes to helping out, there’s a particular experience from last season that sticks out for Hoffmann.

“During the year when I was helping with a bunch of U15, U16 players at the rink I’d always hear the parents say ‘it’s not even like you’re just hockey players coming to help out, you’re like mini celebrities wherever you go.’”

With that mentality, he has plans to continue to be a presence in the Erie community and a positive influence on kids while sporting the Otters logo on his jersey for a third season.

“If you’re a role model in your community and kids see you doing that stuff, it sits with them,” Hoffmann finished. “I feel like being able to use your platform in a positive sense will motivate these kids to be as good as they can.”