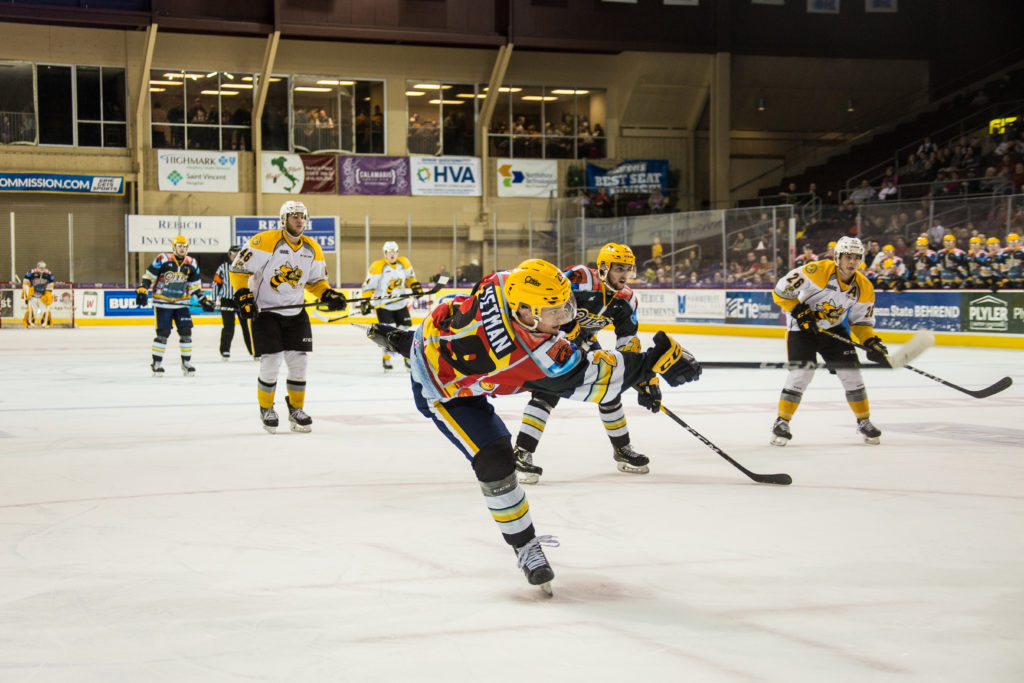 ERIE, PA – The Erie Otters were back in action from Erie Insurance Arena on Saturday night, taking on the Sarnia Sting for the fourth time this season. After a disallowed goal, the Otters got off to a fast start with a pair of goals from Gera Poddubnyi and Kurtis Henry to put them ahead by two early.

In the second, Huge Leufvenius found the back of the net for Sarnia’s first of the game, making it a 2-1 game. Moments later, Jamie Drysdale would score on the powerplay to extend the Erie lead to three.  Chad Yetman added another powerplay goal just under two minutes later, and the Otters entered the final period ahead 4-1.

In the third, Sarnia climbed back to within a goal of tying with a pair of mid-period tallies from Sean Josling and Ryan McGregor. After a pair of late powerplay chances for the Sting, Max Golod skated from the box to the Sarnia end and tapped the puck into an empty net to finish things off and give Erie the 5-3 victory.

Gera Poddubnyi played his 190th career game, making him the franchise leader in games played by a Russian born player.

The Otters will be back in action Sunday afternoon, when they take on the London Knights at 4PM.