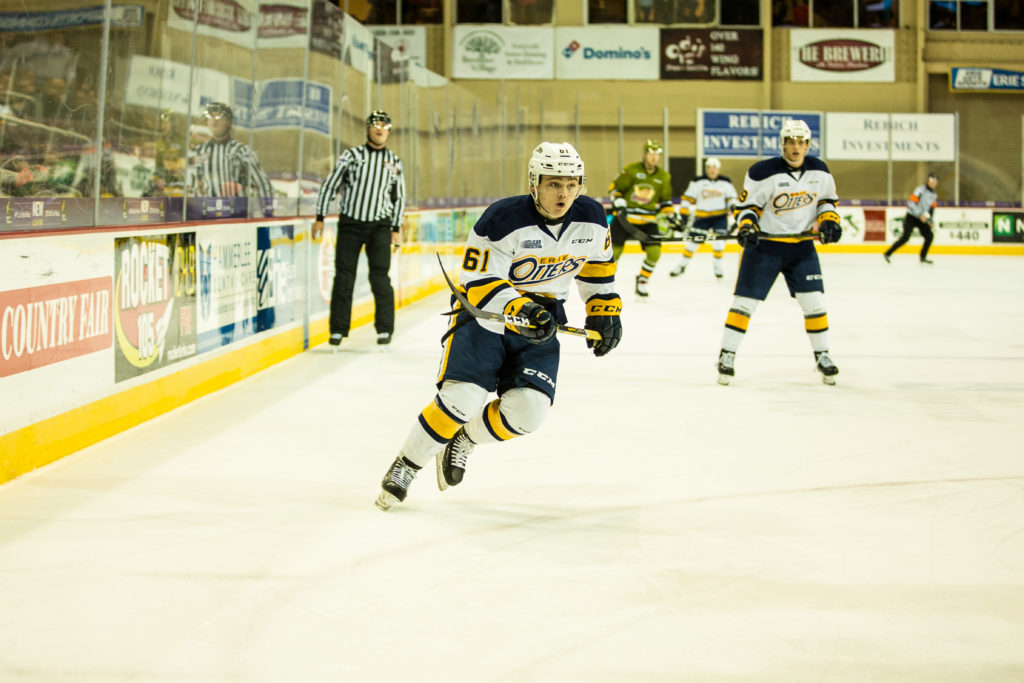 BARRIE, ON – The Erie Otters headed to Barrie on Thursday evening to take on the Colts.  Max Golod got things going early for Erie, extending his goal scoring streak to five games.

Early in the second, Ben Hawerchuk scored for the Colts to tie the game at one. Luke Bignell followed this up with a goal of his own, and Barrie entered the final period ahead by a goal.

In the third, Ryan Suzuki extended the Colts’ lead to two.  Erie fired back with everything they had, getting a late contribution from Danial Singer to cut the lead to one, but could not score the tying goal and dropped this one 3-2.