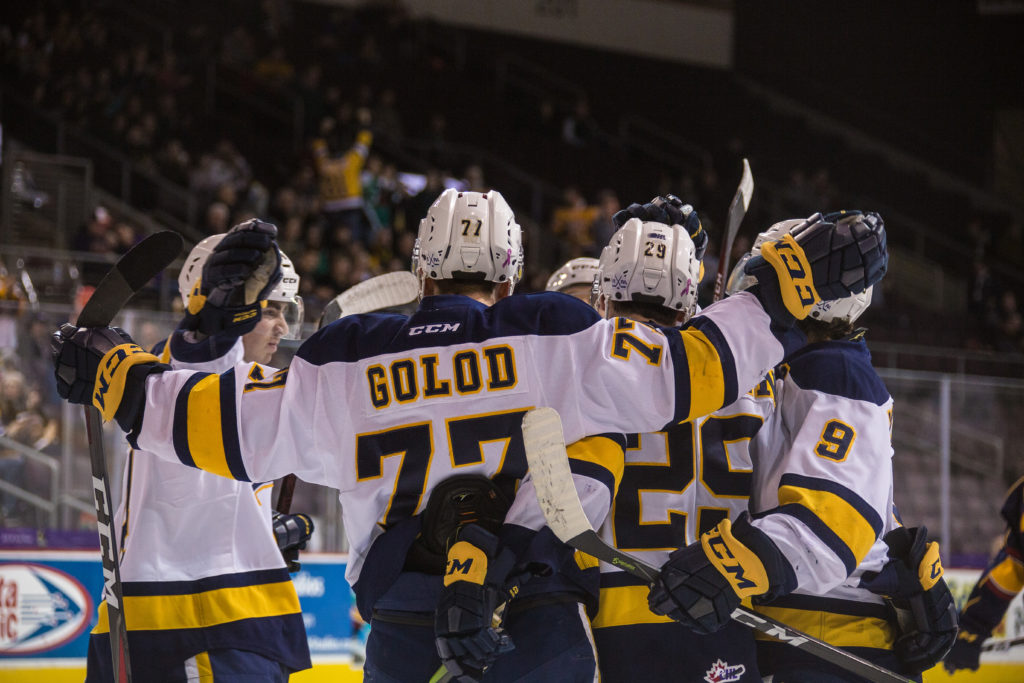 ERIE, PA – The Erie Otters returned home on Monday evening to take on the Hamilton Bulldogs in a New Year’s Eve matchup. Erie began the game with heavy offensive pressure, and was rewarded for it when Max Golod picked up a loose puck in the slot and wristed it past Hamilton goaltender Zachary Roy to put the Otters ahead early. Hamilton answered right away with a pair of goals from Arthur Kaliyev to elevate the Bulldogs into the lead heading into the second.

In the second, Max Golod found the back of the net for the second time of the game to even the scoring at two.   Hamilton responded with a 4-on-4 goal from Matt Strome, the younger brother of former Otter Dylan Strome, to put them ahead 3-2 after two periods of play.

In the third, the Otters sustained heavy offensive pressure for the majority of the frame, and Joe Mack broke through and tied the game for the Otters, sending the game to overtime.

In overtime, neither team broke through to score, so a shootout proved necessary to decide a winner. In the first round of the shootout, Arthur Kaliyev was stopped cold by Daniel Murphy, and Danial Singer was denied by Zachary Roy.  In the second round, Matt Strome and Kyle Maksimovich scored for their teams to leave it to the third round, where Brandon Saigon beat Murphy, and Roy came up big for Hamilton to win the game for the Bulldogs 4-3.