Otters Lose to Knights 5-3 in London 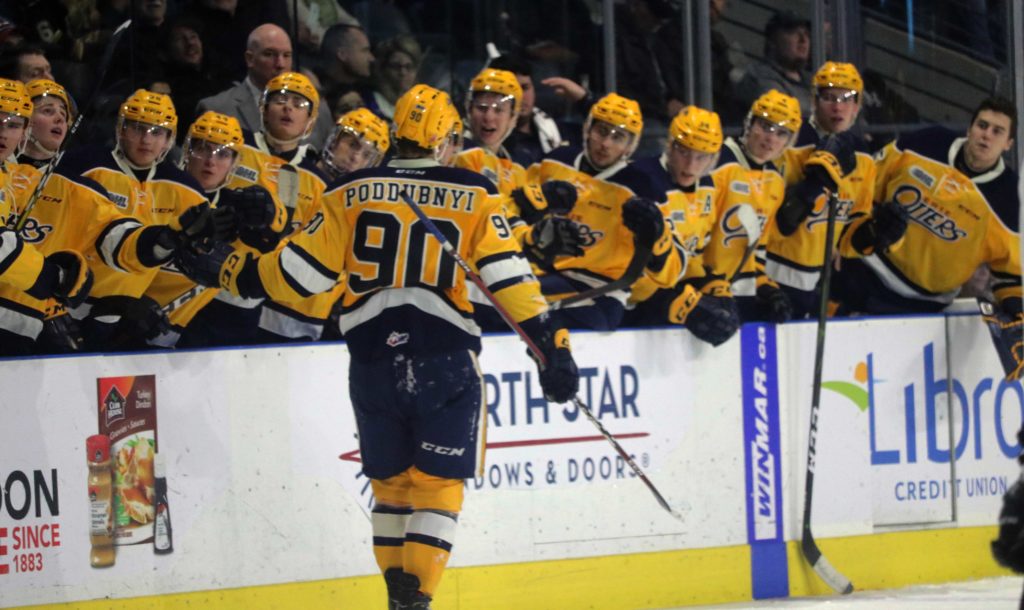 LONDON, ON – The Erie Otters headed to London on Sunday to finish up their three game road swing against the Knights. Max Golod got the Otters off to a good start with an early goal in the first two minutes, but Connor McMichael scored around the midpoint to tie the game up at one.

London scored a second straight goal to take the lead in the early minutes of the third, coming from Nathan Dunkley. The Knights continued to pressure the Erie defense and broke through on a powerplay opportunity with a goal from William Lochead, and added late period tallies from Sahil Panwar and Connor McMichael.

In the third period, Chad Yetman and Gera Poddubnyi found the back of the net to cut the Erie deficit to two goals, but were unable to add any more scoring and fell 5-3 in London.

The Otters will be back in action after their holiday break on Friday, December 28, when they head back on the road to take on the Flint Firebirds at 7:00PM.