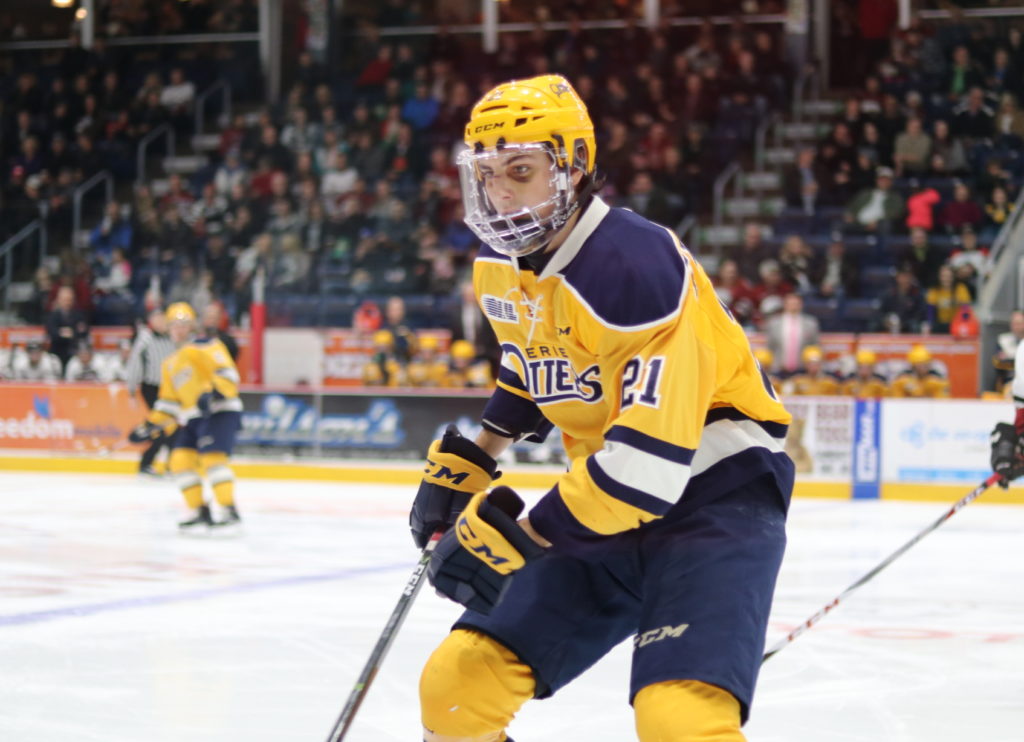 The Erie Otters lost to the Guelph Storm in overtime tonight by the final score of 5-4. Patrick Fellows played in his 200th career game and defensemen Mitchell Byrne and Aidan Timmermans returned to the lineup.

Ivan Lodnia scored early in the 1st period from down on one knee to put the Otters up 1-0 just 3:28 into play. Owen Headrick took the first of two hooking penalties the Otters would accrue in the period nearing the halfway point of the 1st. The Storm capitalized on the man-advantage and tied the game at one a piece on the PP. Then, three and a half minutes later, the Storm scored again to take the lead at 2-1 heading into the 2nd. 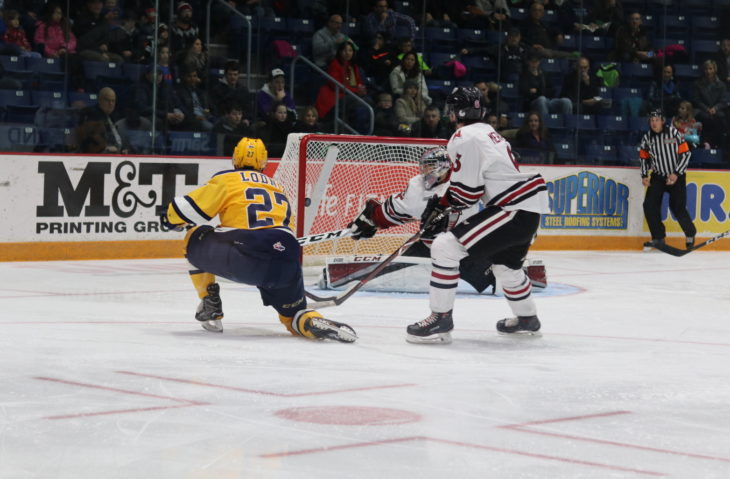 The 2nd period was not the Otters’ best performance, yet again. They were badly outshot 20-8 in the period and allowed a fourth goal from the Storm with just 1.9 seconds left in the frame. Max Golod scored the Otters’ only goal in the period, just over a minute after the Storm made it 3-1 in the opening minutes of the 2nd. Golod also took the period’s only penalty, a hooking call with under five left. The Storm restored their two-goal lead in the final seconds of the period to put them up 4-2 to start the 3rd.

Joe Mack scored just over 5 minutes into the 3rd to put the Otters back within a goal of tying at 4-3. The Storm took an untimely Delay of Game penalty with just under two minutes left in regulation that allowed the Otters to mount a 6-on-4 as Timpano went to the bench for the extra attacker. Owen Headrick tied the game with a well-placed shot from the point with just 13 seconds left to force overtime. Unfortunately, however, the Storm scored just 20 seconds into OT to win 5-4.

Nevertheless, the Otters picked up a point on the road in the OT loss. The Otters are at home this Sunday at 5pm against the Kitchener Rangers.