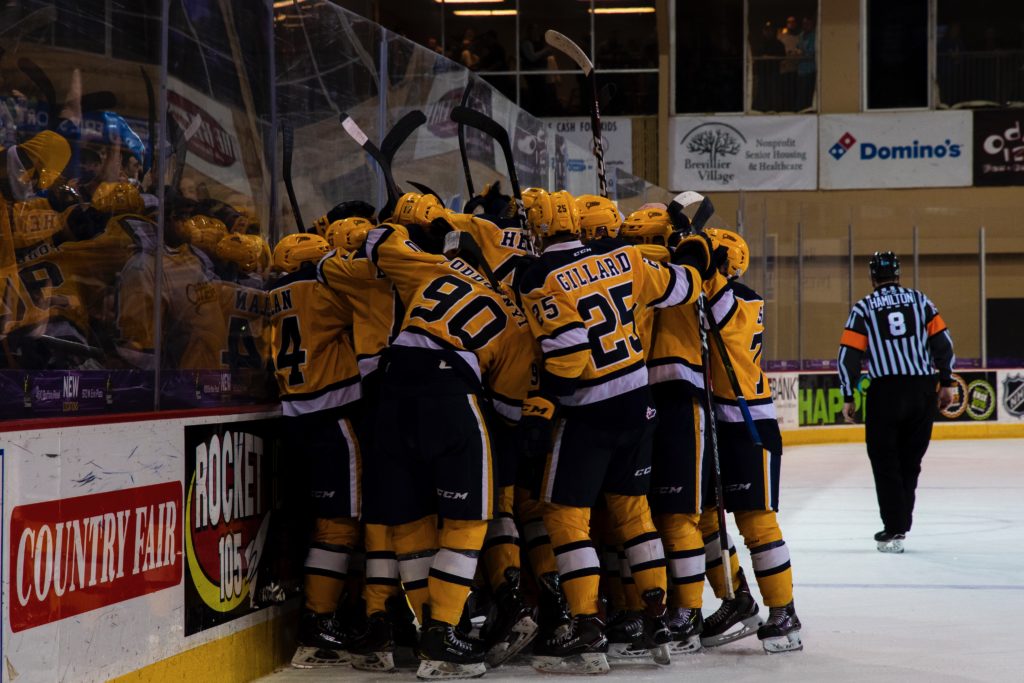 The teams traded opportunities throughout the opening frame, but neither side would convert, so they entered the locker room deadlocked at zero.

In the early minutes of the second, Gera Poddubnyi opened the scoring with his 21st of  the year to put the Otters ahead. Near the end of the period, Guelph’s powerplay was given an opportunity to tie things up, but Brendan Hoffmann would find the back of the net for Erie for the team’s 5th shorthanded goal of the season.

In the third, Guelph found their scoring touch with a powerplay goal near the midpoint of the frame from Isaac Ratcliffe to bring them within one. With under two minutes to play, Fedor Gordeev would score a shorthanded goal to tie the game up and send it to overtime.

In the extra frame, Chad Yetman beat Guelph goaltender Anthony Popovich for Erie’s seventh overtime win of the year, elevating them to 11-10-0-1 at Erie Insurance Arena this season.

The Otters will head to Mississauga on Thursday to take on the Steelheads at 7PM.
Single game tickets for the 2018-19 season are on sale now. Erie Otters season tickets and flex packages are also available and can be purchased in person at the Erie Otters front office located at 201 E. 8th Street in Erie, or by calling 814-455-7779. For the latest Otters news, visit www.ottershockey.com, or follow the team on Facebook (www.facebook.com/erieottershockey), Twitter (@ErieOtters) and Instagram (@ErieOtters).