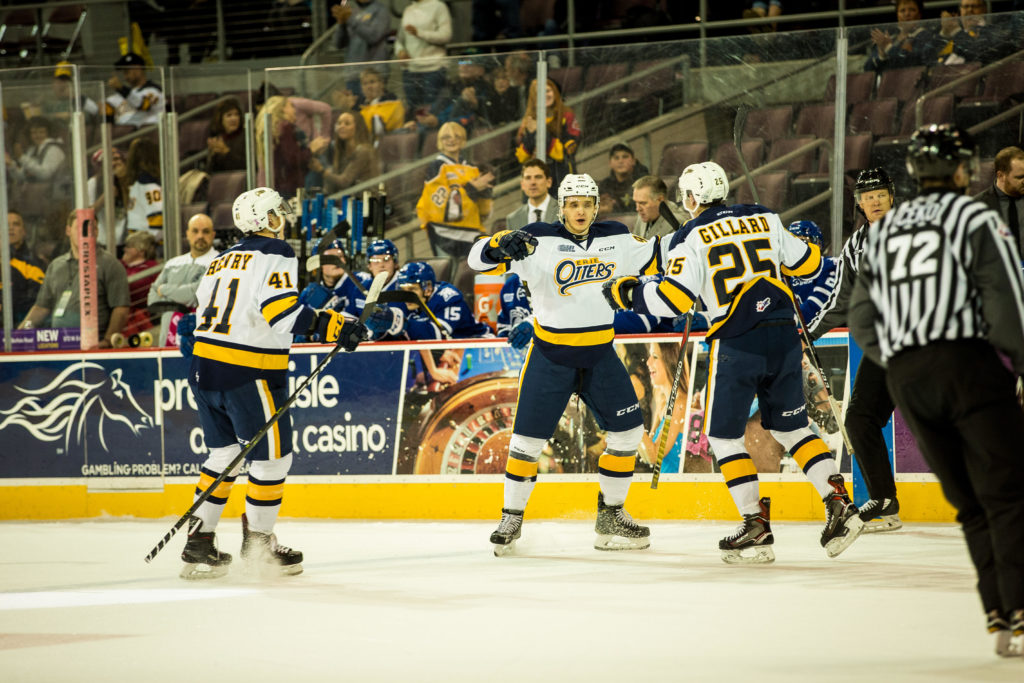 ERIE, PA – The Otters finished up their “three in three” weekend at home with a matinee matchup against the Mississauga Steelheads. Things got off to a quick start for the road team as Owen Tippett buried a wrist shot just 39 seconds into the game. The Otters responded with a number of scoring opportunities and finally broke through on a Gera Poddubnyi goal, coming with just over a minute left in the opening frame.

The beginning of the second period offered another quick goal from the Steelheads, this time coming from Cole Carter. Erie struggled to find the back despite encouraging offensive zone play, until Hayden Fowler tipped a puck behind Ranger to even the game back up heading into the second intermission.

The third period opened much like that of the two before it – with a quick goal from Mississauga, this time off of the stick of Keean Washkurak just 35 seconds into the period. The Otters decided not to wait this time and answered just minutes later with a goal from Brendan Sellan – the first of his OHL career. Things kept rolling for Erie when a scrum in front of the net left Hayden Fowler with a wide open window to score his second of the evening, giving the Otters their first lead of the game.  This would only last for a few minutes until Owen Tippett got his second goal of the evening as well on a wrist shot over the shoulder of Erie goalie Daniel Murphy. This would round out the scoring in regulation, and the teams headed to Overtime to decide on a winner

In overtime, Otters forward Gera Poddubnyi swatted at a mishandled puck that bounced past Ranger and into the back of the net, winning the game for Erie.

The Otters will head out on a five game road swing beginning on Thursday night in North Bay where they will take on the Battalion at 7PM.